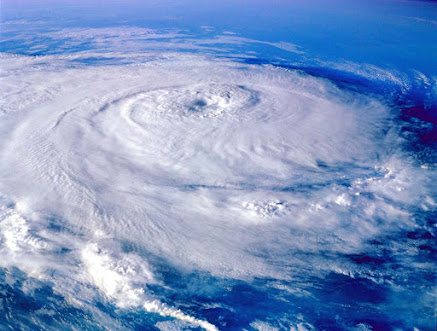 Climate change is seriously disrupting the Earth’s water cycle. Freshwaters are becoming fresher and salt seas are becoming saltier at an increasing pace all throughout the planet, according to new satellite data. This trend will intensify rainstorms if it persists.

The findings point to a significant acceleration of the global water cycle, an indication that isn’t as obvious in direct salinity readings from ocean buoys, which normally measure a few meters below the ocean’s surface. Climate models, on the other hand, frequently forecast it.

Climate experts forecast more evaporation on the ocean surface as global temperatures rise, making the top layer of the sea saltier and adding moisture to the atmosphere.

As a result, rainfall will rise in other regions of the earth, diluting certain bodies of water and making them less salty.

The trend may be summarized as “wet-gets-wetter-dry-gets-drier,” and that is really concerning. If the water cycle speeds up as a result of global warming, it might have far-reaching consequences for modern society, including drought and water scarcity, as well as more severe storms and flooding.

It might even have started speeding up snow melt, as rainfall has been increasing in polar regions.

“This higher amount of water circulating in the atmosphere could also explain the increase in rainfall that is being detected in some polar areas, where the fact that it is raining instead of snowing is speeding up the melting,” adds Barcelona’s Institute of Marine Sciences mathematician Estrella Olmedo.

There are fewer ocean buoys that directly detect surface salinity at our planet’s far north and far south poles. The latest satellite study is the first to take a worldwide view of the situation.”Where the wind is no longer so strong, the surface water warms up, but does not exchange heat with the water below, allowing the surface to become more saline than the lower layers and enabling the effect of evaporation to be observed with satellite measurements,” says physicist Antonio Turiel of Spain’s Institut de Ciències del Mar.

“This tells us that the atmosphere and the ocean interact in a stronger way than we imagined, with important consequences for the continental and polar areas.”

According to recent climate models, the Earth’s water cycle might intensify by up to 7% for every degree Celsius of warming.

In practice, this means that rainy areas may become 7% wetter and dry ones could become 7% dryer on average.

These projections are now backed up by global satellite data. Researchers discovered considerable variations in buoy and satellite measurements of salinity in tropical and mid-latitude areas.

“Specifically, in the Pacific we have seen that surface salinity decreases more slowly than subsurface salinity and, in this same region, we have observed an increase in sea surface temperature and a decrease in the intensity of winds and the depth of the mixing layer,” explains Estrella Olmedo.

The authors propose that satellite salinity data should be included in future ocean models since it appears to be a reliable proxy for global evaporation and precipitation fluxes.

The only way to prevent future heatwaves, droughts, and storms is to limit global warming – and there’s plenty humanity can still do.

The world has already accepted a certain level of change. Extreme weather events will be 14 percent greater than they were at the outset of the Industrial Revolution, according to the latest assessment from the International Panel on Climate Change.

That’s a concerning amount of change.The United Nations predicted a series of devastating droughts in the future decades in 2021. When nearly a quarter of the globe already lacks access to water, the effects might be disastrous.