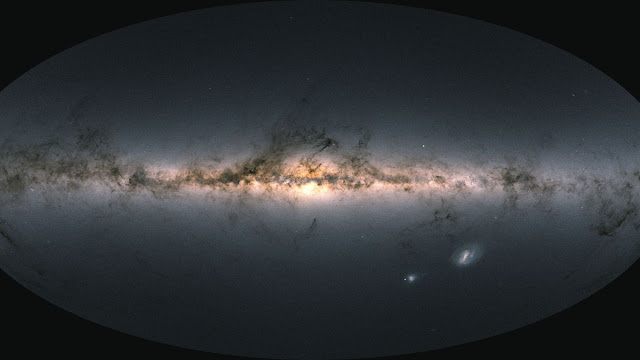 Only 0.8 billion years after the Big Bang, an area known as the thick disk began to emerge.

Astronomers have put together the Milky Way’s history in more detail than ever before. Their findings are based on data from the Gaia mission of the European Space Agency and China’s Large Sky Area Multi-Object Fiber Spectroscopic Telescope (LAMOST). Subgiant stars hold the key to this finding.

“A time-resolved picture of our Milky Way’s early creation history,” says the report, which is published in the journal Nature. Maosheng Xiang and Hans-Walter Rix, both of the Max-Planck Institute for Astronomy, are the authors (MPIA.)

The early Universe was almost entirely made up of hydrogen and helium. When stars die and burst, heavier elements than hydrogen and helium are generated and spread out into the Universe. Every element heavier than the two fundamental elements is referred to as a “metal” by astronomers. 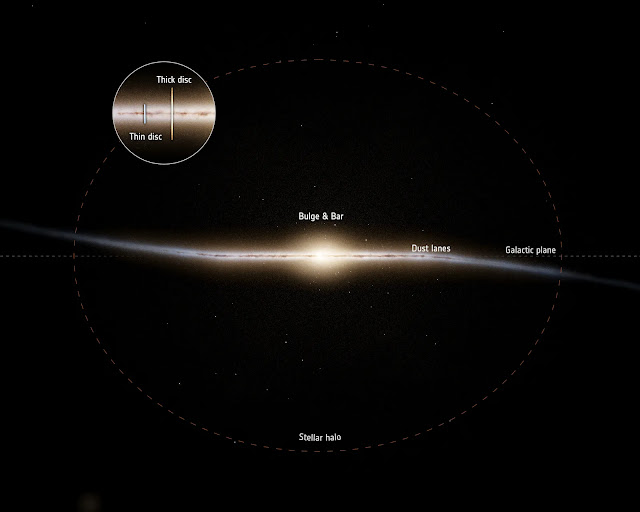 In certain areas of astronomy, such as this one, precision age determinations are the holy grail. To establish stellar ages, Xiang and Rix employed more than simply metallicity. They concentrated on one sort of star in particular: subgiants.

Because the subgiant phase of a star’s existence is so brief, astronomers can most precisely establish a star’s age while it is a subgiant. Subgiants are transforming into red giants, and their cores are no longer producing energy. Fusion has instead migrated to a shell around the core.

The scientists utilized LAMOST data to assess the metallicity of around 250,000 stars in various sections of the Milky Way in their research. They also used Gaia data, which provides accurate location and brightness information for 1.5 billion stars.

The Gaia mission of the European Space Agency is responsible for improved accuracy in this and many other studies. Prior to Gaia, astronomers had to deal with star age uncertainties ranging from 20% to 40%. This meant that ages may be inaccurate by a billion years, which is a significant amount of time.

Gaia, on the other hand, has transformed everything. Gaia EDR 3, or Early Data Release 3, is the mission’s most recent data release, and it’s a huge improvement. Over 330,000 stars are precisely located in 3D using EDR3. It also provides extremely accurate measurements of the movements of the stars across space.

The researchers applied all of the data from Gaia and LAMOST to existing stellar parameter models to establish the subgiants’ ages with higher precision. “We can calculate the age of a subgiant star to a few percent using Gaia’s brightness data,” Maosheng added.

Because the subgiants are strewn over the Milky Way, researchers may piece together the ages of the other components and construct a chronology of the Milky Way’s history.
The research reveals two separate periods in the history of our galaxy. The dense disk began generating stars 0.8 billion years ago, and the first phase began. The inner parts of the galactic halo began to emerge as well.

A merger two billion years later brought the star creation in the dense disk to a close. Gaia-Sausage-Enceladus, a dwarf galaxy, merged with the Milky Way.

The dwarf galaxy Gaia-Sausage-Enceladus (GSE) isn’t shaped like a sausage. It receives its name from the fact that its stars’ orbits are unusually elongated when shown on a velocity chart. When GSE joined with the Milky Way, it contributed to the creation of the thick disk, and the gas that accompanied it spurred star formation in that region of the galaxy.

The GSE initiated star production in the dense disk that lasted around 4 billion years. The gas was depleted about 6 billion years after the Big Bang. During that time, the metallicity of the thick disk grew by a factor of 10.

The investigation also discovered a strong link between the metallicity of the stars and their ages over the whole disk. That means the gas that arrived with the GSE had to be turbulent, which caused it to mix more completely in the disk.

The GSE merger was very recently found by astronomers in 2018. Such discoveries have impacted our view of the Milky Way’s past, and the galaxy’s evolutionary timetable is becoming clearer. This new study provides a more in-depth description.

“Astronomers have hypothesized that the Milky Way was already there before the halo formed since the finding of the ancient merger with Gaia-Sausage-Enceladus in 2018, but we didn’t have a good image of what that Milky Way looked like,” Maosheng explains.

“Our findings reveal a wealth of information about that region of the Milky Way, including its age, star formation rate, and metal enrichment history. Putting these findings together with Gaia data is completely changing our understanding of when and how our galaxy was created.”

Astronomers have just uncovered fresh information about the Milky Way. However, because we’re in the middle of it, mapping its structure is difficult. The Gaia mission of the European Space Agency is the most comprehensive inventory of stars in the Milky Way yet. And each data release improves on the previous one.

“Gaia allows us to put together the history of our galaxy in unparalleled detail with each new research and data release. Astronomers will be able to add even more details to the tale when Gaia DR3 is released in June “Timo Prusti, ESA’s Gaia Project Scientist, agrees.

Although the Gaia mission is critical, studies of other galaxies, such as the Milky Way, provide scientists with information on the Milky Way’s structure and history. However, two billion years after the Big Bang, spotting galaxies is challenging. This necessitates the use of large infrared telescopes. Thankfully, one long-awaited infrared space telescope will shortly begin observations.

The James Webb Space Telescope (JWST) has the ability to see back into the early years of the Universe. It will be able to observe the oldest Milky Way-like galaxies in the Universe.

Astronomers are interested in learning more about the GSE merger and how it produced our galaxy’s broad disk barely two billion years after the Big Bang. JWST studies of old, high-redshift galaxies akin to the Milky Way should help answer certain issues and fill in some gaps in our understanding of the galaxy’s past.

The ESA will also release Gaia’s entire third data release, dubbed DR3, in June. Over 7 million stars’ ages, metallicities, and spectra will be included in the DR3 collection. The JWST and DR3 will be a powerful combo.

What will all of this information reveal? Galaxies must either eat or be consumed as the Universe develops. Galaxies are drawn together by gravity, but the Universe is expanding due to dark energy, which pushes galaxies away. As a result, galaxies prefer to form groupings. The Milky Way is a member of the Local Group of galaxies.

The galaxies’ combined gravity keeps the groupings internally cohesive, but expansion causes them to drift apart from one another. The larger galaxies in a group eventually eat the smaller ones.

The Milky Way will eventually engulf both, and then join with the far bigger Andromeda Galaxy, another member of the Local Group, in roughly 4.5 billion years.

It’s a peculiar circumstance since the Milky Way’s future may be easier to predict than its history. That’s the problem with an expanding Universe: the proof we seek keeps vanishing, lost to time and distance.

The JWST and the Gaia DR3, on the other hand, have the ability to turn the tide against the expanding Universe. They can provide more information on the Milky Way’s history and the specifics of galaxy mergers in general if they work together. Hopefully, we’ll be able to compile a much more comprehensive historical chronology.