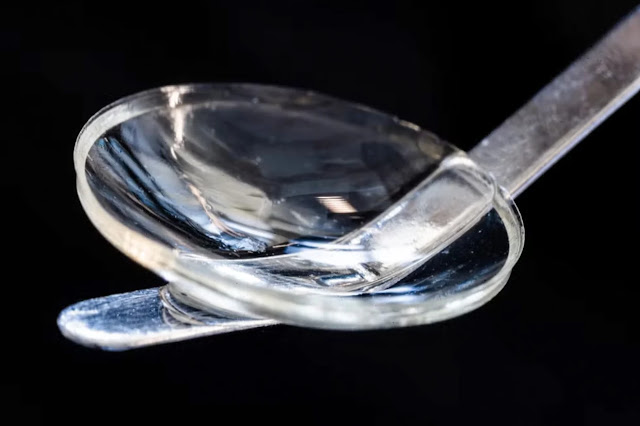 20 individuals in all had the implants, and after two years, some or all of their eyesight had returned.
After receiving implants made of pigskin protein, the eyesight of twenty patients with sick or damaged corneas significantly improved.
All of the patients in Iran and India had keratoconus, a disease in which the eye’s outer, protective layer gradually thins and protrudes outward. Before receiving the implant, 14 of the patients were completely blind, but two years later, they got all or part of their eyesight back. Following surgery, three people’s vision was flawless.
The technology’s study team published its findings in the journal Nature Biotechnology on Thursday.
Neil Lagali, a professor of experimental ophthalmology at Linköping University in Sweden and a co-author of the study, said, “We were startled with the degree of visual improvement.

However, not all patients showed the same level of improvement. The average visual acuity for the 12 Iranian patients was 20/58 with glasses; functional vision is regarded as 20/40 or greater with lenses.
However, the technique might be a game changer for those with keratoconus, which affects around 50 to 200 out of every 100,000 people, according to Dr. Marian Macsai, a clinical professor of ophthalmology at the University of Chicago who was not involved in the study. It could also be useful for treating other kinds of corneal disease.
The idea that humans may have bioengineered corneas, according to Macsai, “would be revolutionary.” It may remove the possibility of rejection and make corneas available to patients all across the world.
Lagali and his colleagues dissolved pig tissue to produce a pure collagen solution, which they then used to make the implant. Using that, a hydrogel that resembles the human cornea was created.

The hydrogel was then inserted through a corneal incision created by the surgeon.
In order to thicken and restructure the cornea in order to restore its function, Lagali explained, “we introduce our material into this pocket.”
Traditionally, cornea transplants needed human tissue. But because individuals have to volunteer to donate it after they pass away, there is a shortage.
So, according to Lagali, his team was searching for a generally accepted, affordable replacement.
Pigskin collagen is a byproduct of the food business, he claimed. “This makes it widely accessible and simpler to obtain.”
The patients’ bodies had not rejected the implants after two years, and there was no swelling or scarring.
According to Dr. Uri Soiberman, an assistant professor of ophthalmology at Johns Hopkins Medicine who wasn’t involved in the study, “generally speaking, the body does accept pig tissues very well.” Rejections often happen within a year following a transplant, he continued.

However, risks are included with every experimental medical technique. According to Soiberman, a foreign molecule like collagen might trigger an immunological response in this situation.

Less than what is provided to patients who have corneal transplants made from human tissue, the researchers gave them an eight-week course of immunosuppressive eyedrops to reduce the danger. According to Lagali, people in certain situations need immunosuppressive medication for longer than a year.
Because human donor tissue includes alien cells, there is always a chance that it may be rejected, he added. “Since our implant is cell-free, the likelihood of rejection is quite low.”
The actual process took less time than conventional cornea transplants. While human tissue transplants typically take many hours, the researchers claimed that each procedure only took approximately 30 minutes.
A normal corneal transplant involves opening up the eye, removing any unhealthy or damaged tissue, and then replacing it with healthy tissue from a human donor. However, Lagali cautioned that this can be invasive and destroy “many essential cells and neurons in the cornea that are otherwise healthy.”
The cost of the procedure itself may be high.
Soiberman stated, “It’s wonderful to have another choice.
But he pointed out that the pilot research had several drawbacks. It is not yet known if individuals with corneal diseases other than keratoconus might benefit from the operation.
According to him, the bioengineered implant “replaces the stroma, the core layer of the cornea.” Therefore, it is only applicable to conditions in which that portion of the cornea is involved in the pathology.
According to Soiberman, the technology could possibly not be helpful for individuals who have scarring, such as those whose corneas have bacterial or viral infections.
In a research involving at least 100 patients, Lagali said his group wants to reproduce its findings. After that, they will attempt to obtain regulatory permission from organizations like the Food and Drug Administration. In the end, the team wants to make the implants accessible in nations with limited access to human donor tissue.
According to Lagali, “We actually intended this material, technology, and surgical method to be used in regions of the world where there are extremely little resources.” The burden of blindness caused by this illness is greatest in those same regions of the world.