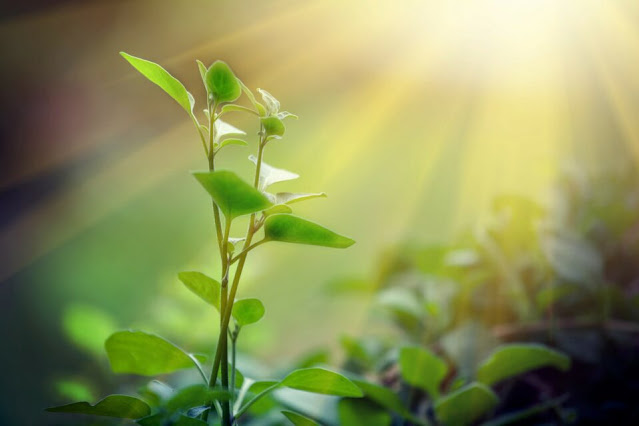 Artificial photosynthesis has been developed by scientists as a means of producing food without of the necessity for organic photosynthesis. The process turns water, energy, and carbon dioxide into acetate over the course of two electrocatalytic steps. Then, in the dark, organisms that produce food use acetate. The conversion of sunlight into food might be up to 18 times more effective with the hybrid organic-inorganic system.

For millions of years, photosynthesis has developed within plants to convert water, carbon dioxide, and solar energy into plant biomass and the meals humans consume. However, this mechanism is incredibly inefficient, as just 1% of the energy from sunlight actually reaches the plant. By adopting artificial photosynthesis, researchers from the Universities of Delaware and Riverside have discovered a means to produce food without of the requirement for biological photosynthesis.

The study, which was published in the journal Nature Food, used a two-step electrocatalytic process to transform carbon dioxide, energy, and water into acetate, which is the chemical form of vinegar’s primary ingredient. Then, in the dark, organisms that produce food use acetate. This hybrid organic-inorganic system might improve the conversion efficiency of sunlight into food, up to 18 times more efficient for some crops, when combined with solar panels to create the electricity to fuel the electrocatalysis.

According to corresponding author Robert Jinkerson, an assistant professor of chemical and environmental engineering at UC Riverside, “with our approach we hoped to uncover a novel means of manufacturing food that may break through the restrictions imposed by biological photosynthesis.”

The output of the electrolyzer was tuned to assist the growth of food-producing organisms in order to unite all the parts of the system. Electrolyzers are machines that utilize electricity to transform unusable chemicals and products, such carbon dioxide, into basic resources. The greatest amounts of acetate ever generated in an electrolyzer to date were achieved by increasing the amount of acetate produced while lowering the amount of salt utilized.

According to corresponding author Feng Jiao of the University of Delaware, “we were able to obtain a high selectivity towards acetate that cannot be reached by traditional CO2 electrolysis pathways using a state-of-the-art two-step tandem CO2 electrolysis setup built in our laboratory.”

Experiments revealed that a variety of food-producing species, including green algae, yeast, and fungal mycelium that produces mushrooms, can be grown in the dark directly on the acetate-rich electrolyzer output. With this method, producing algae is about four times more energy-efficient than growing it photosynthesis. When sugar from maize is used instead of traditional cultivation methods, yeast production is around 18 times more energy-efficient.

It was also looked at if this technique might be used to raise crops. When grown in the dark, cowpea, tomato, tobacco, rice, canola, and green pea were all able to use carbon from acetate.

“We discovered that a variety of crops were capable of converting the acetate we gave into the essential molecular building blocks an organism need to develop and flourish. We are now working on breeding and engineering techniques that may allow us to grow crops with acetate as an additional energy source to increase agricultural yields “the study’s co-lead author and PhD student in the Jinkerson Lab, Marcus Harland-Dunaway.

Artificial photosynthesis makes it possible to grow food in the more challenging conditions brought on by human climate change by releasing agriculture from its whole reliance on the light. If crops for people and animals grew in less resource-intensive, regulated conditions, drought, floods, and decreased land availability would be less of a danger to global food security. Additionally, crops might be cultivated in urban areas and other regions that are now unsuited for agriculture, even providing nourishment for future space travelers.

“A paradigm change in how we feed people could result from the use of artificial photosynthesis techniques. As food production becomes more efficient, less land is required, reducing the environmental effect of agriculture. Additionally, the improved energy efficiency might help feed more crew members while using less resources for agriculture in non-traditional areas, such as space “Jinkerson stated.

This method of food production was entered into the NASA Deep Space Food Challenge and won Phase I. The Deep Space Food Challenge is an international competition where teams compete for cash awards to develop unique and game-changing meals technologies that use few inputs and provide the most safe, nourishing, and appetizing food possible for extended space journeys.

How much simpler would it be for future Martians if enormous boats could one day produce tomato plants in the dark on Mars? stated co-author and head of the UC Riverside Plant Transformation Research Center Martha Orozco-Cárdenas.

What’s in a head? A small portion of our ancestors’ tails, according to new research. Animals without spines or brains…