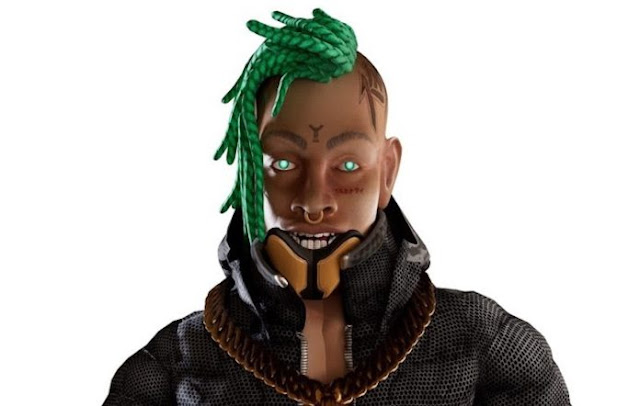 The “robot rapper” dropped its debut track on a big label this week, a joint effort with Gunna.

FN Meka, an artificial intelligence-powered “robot rapper” with over 10 million followers on TikTok and more than a billion views, has signed a deal with Capitol Records.
Last week, Music Business Worldwide announced the new deal on the same day FN Meka released his debut track for the label, “Florida Water,” which also includes (real-life) rapper Gunna and gaming streamer Clix. Turbo, whose previous work includes tracks with Travis Scott, Young Thug, and Lil Baby, produced it.
“Tesla, Gucci, Cybertruck / I trash that shit, don’t give a fuck,” FN sings in one of the song’s verses. Although a genuine human performs the voice, the words appear to have been created by AI, according to the project’s developers. Listen to this:

Factory New, a “virtual” record company that was the first to “sign” FN, developed FN Meka. Anthony Martini, the co-founder of the business, described the operation to MBW last year and said that they had developed AI technology that analyzes well-known songs from particular genres. Based on that, he claimed, the system provides recommendations for the “lyrical substance, chords, melody [and] pace” of new songs.
Martini said that the business later merged these components to create a song. Currently, a human voice provides the singing, but researchers are aiming to develop software that will allow computers to create and deliver their own lyrics — and possibly work along with humans as “co-writers” — in the future. It’s unclear who the human voice singing, for example, in the song “Florida Water” above belongs to.

The junction of music, technology, and gaming culture is where FN Meka “meets,” according to Ryan Ruden, Executive Vice President of Experiential Marketing & Business Development at Capitol Music Group.