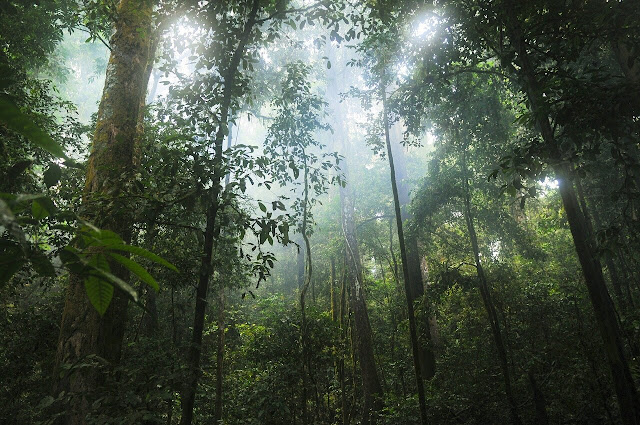 Scientists have discovered a concerning pattern in Australia’s rainforests: tree lifespans have halved in the last 35 years, owing to the effects of climate change on ecosystems.
Because these forests operate as large carbon sinks, the ramifications for the globe mig
ht be disastrous, resulting in a feedback cycle that is both caused by and contributes to global warming.
The higher death rate has been observed since the 1980s, implying that Earth’s natural systems have been responding to changes in temperature and atmosphere for longer than humans may have thought.
“It was a shock to detect such a marked increase in tree mortality, let alone a trend consistent across the diversity of species and sites we studied,” says David Bauman, an ecologist and main author from the University of Oxford in the United Kingdom.
“A sustained doubling of mortality risk would imply the carbon stored in trees returns twice as fast to the atmosphere.”
The study included over 70,000 data points from existing datasets and covered 24 separate forest plots. The earliest data dates back to 1971, allowing the team to trace tree deaths over time.
The researchers believe that global warming-induced atmospheric water stress is to blame for the rise in tropical tree mortality: warmer air dries out trees faster.
The authors of the study contrasted the stress that rainforests have been subjected to to what has been happening to the Great Barrier Reef, another delicately regulated environment that is suffering from rising temperatures.
“The likely driving factor we identify, the increasing drying power of the atmosphere caused by global warming, suggests similar increases in tree death rates may be occurring across the world’s tropical forests,” says University of Oxford ecologist Yadvinder Malhi.
“If that is the case, tropical forests may soon become carbon sources, and the challenge of limiting global warming well below 2°C becomes both more urgent and more difficult.”
According to other research, the Amazon rainforests are experiencing a similar spike in tree death, limiting the amount of carbon that the region can suck out of the atmosphere and store. The concern is that instead of removing carbon from the atmosphere, these forests will begin to add it.
The current study is particularly significant since it makes use of a big pool of data acquired over many years, allowing scientists to see long-term patterns despite the noise of such busy and vibrant ecosystems.
As difficult as it is to put together long-term research projects, more studies on a similar length are urgently needed to better comprehend the stress that the natural world is facing.
“Long-term datasets like this one are very rare and very important for studying forest changes in response to climate change,” says James Cook University ecologist Susan Laurance.
“This is because rainforest trees can have such long lives and also that tree death is not always immediate.”