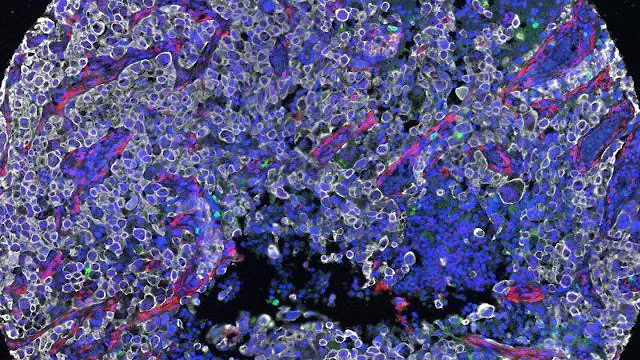 Promising Pre-Clinical Results in the Killing of Cancer Cells Resistant to Current KRAS-Targeted Treatments from UCSF Study
The human immune system is notably adept at avoiding tumor cells, who construct physical barriers, don masks, and use molecular cunning to restrain the immune system. Researchers from UC San Francisco have now created a medication that gets past some of these obstacles and marks cancer cells for immune system eradication.
A mutant form of the protein KRAS is attracted to the surface of cancer cells by the novel treatment, which works as a “eat me” flag when combined with the medicine. The immune system can then be stimulated by an immunotherapy to successfully destroy all cells displaying this flag.

The immune system is already capable of identifying mutant KRAS, but it often has trouble doing so. The immune system has a lot easier time recognizing the protein when we add this signal, according to UCSF chemist and Howard Hughes Medical Institute Investigator Kevan Shokat, PhD, who helped lead the new research.
KRAS mutations are one of the most prevalent gene mutations in cancer, present in roughly 25% of malignancies. Sotorasib, which the Food and Drug Administration (FDA) has granted provisional clearance for use in treating lung cancer, also targets mutated KRAS, and it is possible that the two treatments may ultimately function well together.
Charles Craik, PhD, a lead study author and professor of pharmaceutical chemistry at UCSF, stated, “It’s intriguing to have a novel technique utilizing the immune system that we can combine with targeted KRAS medicines.” We believe that cancer patients may experience deeper and longer responses as a result.

Cancer Markers Turned Inside Out

Despite the fact that KRAS is frequently found in tumors, it was long thought to be intractable. The altered KRAS protein functions inside cells to promote the development of tumor cells. It frequently only differs from regular KRAS by a single minor mutation, and it lacks an obvious location on its structure where a medication may attach. Shokat, however, has conducted thorough investigations of the protein in recent years and found a druggable area in mutant KRAS. His work aided in the creation and endorsement of sotorasib.

But not all KRAS-mutant patients benefit from sotorasib, and some of the tumors it does reduce develop resistance and recur. Shokat, Craik, and their coworkers questioned if there was another strategy for inhibiting KRAS.

In the latest research, the team demonstrates that ARS1620, a targeted KRAS medication similar to sotorasib, binds to mutant KRAS and does more than simply prevent KRAS from influencing tumor development. Additionally, it induces the cell to identify the ARS1620-KRAS complex as an alien substance.

Because it is so similar to the healthy protein, “this mutant protein is frequently floating under the radar,” claims Craik. But as soon as you link this medicine to it, it becomes immediately apparent.

That indicates that the protein is processed by the cell and moved to its surface as a warning to the immune system. The KRAS that was formerly concealed within is now visible on the exterior of the tumor cells like a “eat me” flag.
Potential Immunotherapy

The UCSF team was then able to scan a library of billions of human antibodies to find those that could now detect this KRAS flag as the mutant KRAS had moved from the inside to the exterior of cells. The most promising antibody they had found could bind strongly to both the medication ARS1620 and the ARS1620-KRAS complex, the researchers demonstrated in testing on both isolated protein and human cells.

In order to induce the immune system’s T cells to identify the KRAS flag and select cells for eradication, the team then developed an immunotherapy centered around that antibody. They discovered that tumor cells with the mutant KRAS gene and those treated with ARS1620, including those that had previously established resistance to ARS1620, could be destroyed by the novel immunotherapy.
According to Shokat, “What we’ve demonstrated here is proof of principle that a cell resistant to the medications now available may be destroyed by our technique.”

Before the therapy might be employed in clinical settings, more testing in both humans and animals is required. The novel strategy, according to the researchers, may open the door to additional comparable combinations of targeted medicines and immunotherapies as well as combination therapy for malignancies with KRAS mutations.
Craik claims that this technology is a platform. “We’d want to pursue additional targets that could similarly get compounds to the cell surface and render them immunotherapy-friendly.”