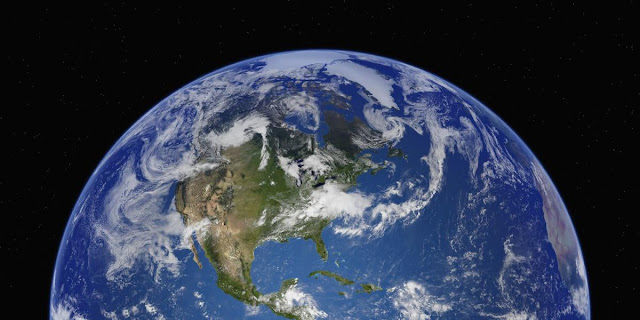 According to experts, the Earth is getting faster and recently saw its shortest day ever. Scientist Leonid Zotov told CBS News that the time on June 29, 2022 was 1.59 milliseconds slower than the typical day.
A typical day lasts 24 hours, or 86,400 seconds. However, the Earth’s rotation has sped up recently, shortening some days by a few milliseconds. According to Zotov, who works at Lomonosov Moscow State University and just released a paper on what could be causing the changes in Earth’s rotation, “the Earth begun to accelerate since 2016.” “It rotates more quickly this year than in 2021 and 2020.”

According to Zotov and his associates, the Earth’s tides may be to blame for the variation.

Although not every day is getting shorter, he claims that atomic time, which is how time is measured everywhere on Earth, may need to alter if the trend continues. Some researchers suggest adding a negative leap second. We modify the atomic clock scale because we are unable to change the clock arrows connected to the Earth’s rotation, he explained.
A negative leap second would cause clocks to advance by one second as opposed to leap years, which add one additional day.

The implementation of a leap second is opposed by certain engineers because it might result in serious technological problems. Researchers and Meta engineers Oleg Obleukhov and Ahmad Byagowi made a blog post about it for Meta, which is supporting an industry-wide initiative to prevent the introduction of leap seconds in the future.
They informed CBS News that “Negative leap second handling is supported for a long time and businesses like Meta often do simulations of this situation.” However, it has never been extensively tested and is probably going to cause unanticipated and disastrous outages all around the world.

According to their blog post, the idea, which was first proposed in 1972, “primarily helps scientists and astronomers since it allows them to monitor celestial bodies using UTC [Coordinated Universal Time] for the majority of reasons.”

We feel it is time to adopt new technologies to replace the dangerous practice of adding new leap seconds, which does more harm than good, they write.
They contend that a negative leap second would be worse since it would produce a time jump that might result in IT applications breaking or even data corruption.

They add, “The impact of a negative leap second has never been evaluated on a broad scale; it might have a catastrophic effect on the software relying on timers or schedulers.” In any event, managing hardware infrastructures is a huge source of suffering for those who do it.
The repeated melting and refreezing of the ice caps on the world’s tallest mountains, according to the pair, may be one of several processes causing Earth to spin more quickly.
“The rule of conservation of momentum, which is relevant to our planet Earth, governs everything. Based on its distance from the globe’s rotational axis, every atom on the planet contributes to the momentum of the angular velocity of the earth “Byagowi and Obleukhov spoke with CBS News. “Therefore, when objects move, the earth’s angular velocity can change.”

They explained that this phenomena may be easily understood by picturing a spinning figure skater who regulates angular velocity by moving their wrists and arms. “The angular velocity drops as their arms expand out, maintaining the skater’s momentum. The angular velocity rises as soon as the skater tucks their arms back in. Due to the Earth’s increasing warmth, the same thing is happening right now here. Ice caps melt, which increases angular velocity.”
According to Timeanddate.com, which originally reported on Earth’s quicker spin and shorter days, Zotov and his colleagues Christian Bizouard and Nikolay Sidorenkov will present their results at this month’s Asia Oceania Geosciences Society meeting for geosciences.