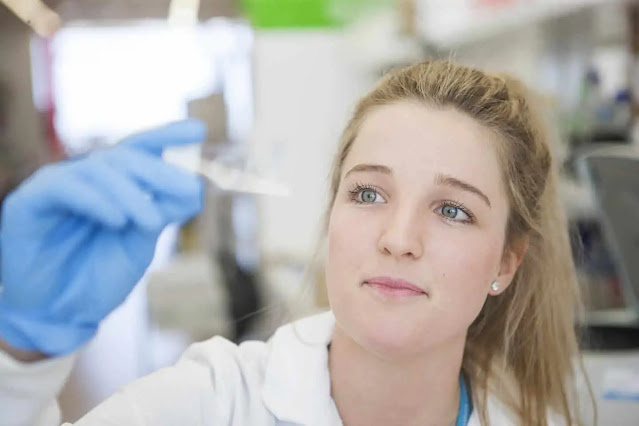 In less than 60 minutes, a component of bee venom eliminated all of the most resistant breast cancer cells.
Australian researchers discovered that breast cancer cells were swiftly killed by honeybee venom. Even for the most aggressive and challenging to treat types of breast cancer, the venom showed to be quite efficient at reducing tumor development. Additionally, chemicals found in the venom improved the effectiveness of chemotherapy.
The poison is made by the dosage.

Bee stings may be excruciatingly unpleasant and, in extreme circumstances, even fatal. Due to the allergic (anaphylactic) shock they can produce, bee stings are considered the “most fatal venomous animal encounter” in the US.
But scientists at Perth, Australia’s Harry Perkins Institute of Medical Research have discovered that honeybee venom can be a powerful therapeutic agent that can prevent cancer deaths.

Dr. Ciara Duffy’s group collected venom from honeybee colonies in England, Australia, and Ireland. After being put to sleep with CO2, the bees were held on ice until the venom was removed and injected into breast cancer tumors.
Studies on mice revealed that the bee venom completely eliminated triple-negative breast cancer cells at particular dosages. Triple-negative breast cancer is a kind of breast cancer that lacks any of the regular receptors present in other types of cancer. It can thus be quite challenging to cure.
Within 60 minutes, the cancer cells were eliminated with little negative impact on healthy cells.

The venom’s ability to fight cancer may be due to a substance called melittin. Melittin creates pores or holes in the plasma membrane of cancer cells, causing the cells to die.
The primary signaling routes that cancer cells depend on to communicate, grow, and proliferate are disrupted by melittin, according to research.

According to Dr. Duffy, “we examined how melittin and honeybee venom influence cancer signaling pathways, the chemical messages essential for cancer cell growth and reproduction, and we discovered that these signaling pathways were shut down extremely fast.”
“Melittin modulated the signaling in breast cancer cells by suppressing the activation of the receptor, the epidermal growth factor receptor, which is frequently overexpressed in triple-negative breast cancer, and it suppressed the activation of HER2, which is overexpressed in HER2-enriched breast cancer,” she continued.
Additionally, the researchers were interested in observing how melittin reacted with docetaxel, a common chemotherapy medicine. Surprisingly, the chemotherapy was easily able to permeate the diseased cells thanks to the pores and holes the bee venom component created, significantly slowing the growth of tumors in mice.
We discovered that melittin is effective in treating aggressive forms of breast cancer when combined with small molecules or chemotherapy drugs like docetaxel. Melittin and docetaxel together were quite effective at slowing the growth of tumors in mice, according to Dr. Duffy.
Fortunately, melittin can be produced, so no more bees will need to be killed for bee venom-based treatments in the future. The authors of the current study are cautiously enthusiastic regarding its potential uses but emphasize that more studies are need to confirm this promising treatment.

Before starting clinical trials, researchers want to look at toxicity and determine the safest, most effective amount.

The findings were reported today in the journal Nature.