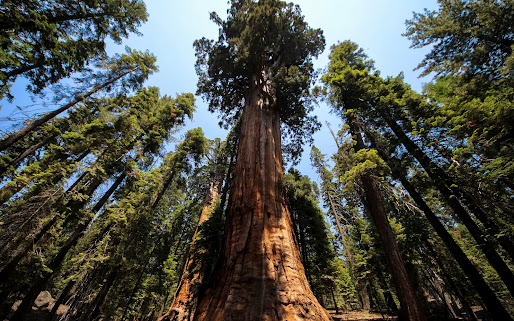 According to a 2008 research, a Doug­las fir — one of the world’s largest trees — can reach a maximum height of 453 feet (138 meters). But why does there have to be a limit? Trees are said to be nature’s towers, impenetrable to chevaliers. Because trees can only pull water so far up their stems, this cap occurs.

The transporters in question are tracheids, which are pitted dead cells that carry water from one cell to the next. As you ascend into a tree’s highest reaches, the diameter of these vital holes diminishes, making water movement more difficult. The flow of water to the leaves and branches near the top eventually slows or ceases, causing “drought stress” in the struggling portions. They get dehydrated and die, leaving behind a legacy. They get dehydrated and die, resulting in the tree’s de facto maximum height.
Researchers believe that these narrowing tracheids aid tree survival. The problem of air bubbles is exacerbated by height. The higher the tree grows, the more probable it is to develop a xylem embolism, a condition in which air bubbles obstruct water flow. The vascular system of a tree is made up of xylem, which transports water and minerals from the roots to the rest of the plant. As a result, a xylem embolism is analogous to a human airembolism, in which air enters the circulation and can cause serious consequences. The tracheids strive to prevent air bubbles and resist the higher pressure, but it comes at a cost: less water and, according to the researchers, a limit on how tall trees may grow.

A four-year-old research found that a tree’s maximum height is 426.5 feet (130 meters). The research looked at coast redwoods, also known as Sequoia sempervirens, which are now the world’s tallest trees, and made projections based on weather conditions, photosynthetic levels, water flow, and carbon dioxide levels. Unsurprisingly, “good” elements like water flow and photosynthesis reduced while bad factors like carbon dioxide increased in the highest regions of the enormous trees. But, like with the firs, it’s all about the xylem in the end.


Although they may absorb some water from the fog that commonly surrounds them in their native California and Oregon habitats, these redwoods draw water up through their trunks like other trees. They grow roughly 9.8 inches (25 centimeters) every year until they reach their maximum height.