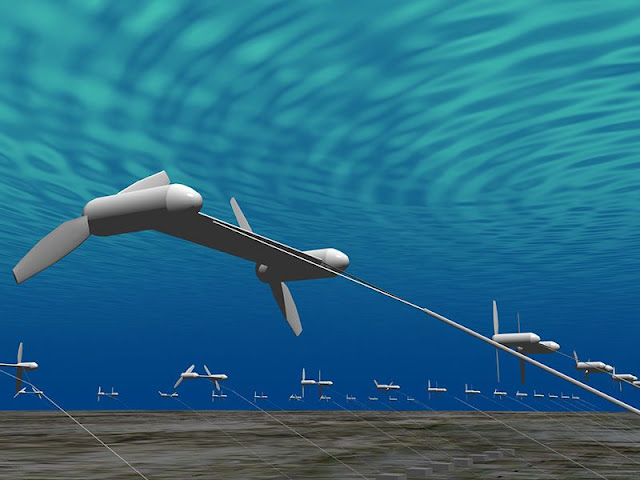 Officials have been searching for new sources of green energy since the tragic nuclear meltdown at Japan’s Fukushima nuclear plant in 2011, and they’re not stopping until they find them.

Bloomberg reports that IHI Corp, a Japanese heavy machinery manufacturer, has successfully tested a prototype of a massive, airplane-sized turbine that can generate electricity from powerful deep sea ocean currents, laying the groundwork for a promising new source of renewable energy that isn’t dependent on sunny days or strong winds.

Kairyu is the company’s most recent prototype, which weights 330 tons. A large fuselage connects two counter-rotating turbine fans, allowing the entire equipment to float while attached to the sea floor, hovering between 100 and 160 feet below the surface.

It draws electricity from one of the world’s strongest ocean currents off Japan’s eastern coast to power its massive turbines.

The business was able to generate roughly 100 kilowatts of steady electricity during demonstrations earlier this year. IHI Corp plans to generate two megawatts during subsequent testing, with commercial operations beginning in the 2030s, according to Bloomberg.

Japan is also looking at other options for generating energy from the sea, such as tidal power and ocean thermal energy conversion, which uses the temperature difference between cold and warm ocean water to generate electricity.

Engineers now have the difficult task of growing the process to the point where it is profitable, which is no simple task.

According to Angus McCrone, a marine energy specialist, “the major difficulty for ocean current turbines is whether they could design a system that would generate electricity cheaply out of currents that are not especially powerful.”