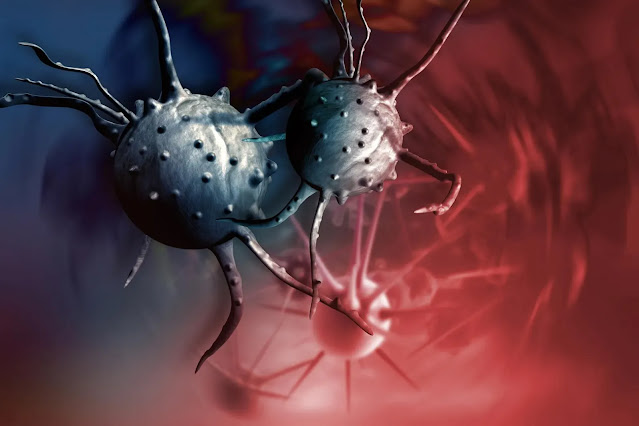 According to a recent study, Clostridioides difficile may be the cause of certain colorectal malignancies.

The bacterium species Clostridioides difficile, or C. diff, which is well recognized for causing catastrophic diarrheal illnesses, may also cause colorectal cancer, according to data obtained by researchers at the Bloomberg Kimmel Institute for Cancer Immunotherapy and the Johns Hopkins Kimmel Cancer Center.

This bacteria causes approximately 500,000 infections yearly in the United States, many of which are very difficult to cure, and the study, which was just published in the journal Cancer Discovery, may give light on another troubling job for it.
“It’s surprising how many people under 50 have received colon cancer diagnoses in recent years. According to Cynthia Sears, M.D., the Bloomberg-Kimmel Professor of Cancer Immunotherapy and a professor of medicine at the Johns Hopkins University School of Medicine, “we discovered that this bacterium appears to be a very unexpected contributor to colon malignancy, the process by which normal cells become cancer.

More than half of colorectal cancer patients had bacterial biofilms, thick colonies of bacteria on the surface of the colon, according to research done at the Sears Lab some years ago, whereas only 10% to 15% of healthy individuals without tumors had. When the researchers infected mice with biofilm samples from certain colorectal cancer patients, one sample in particular stood out to them because it markedly increased colorectal tumors in the animals. When compared to typical controls, where tumor formation is less than 5%, this slurry produced tumors in 85% of the mice.

In subsequent research, the scientists discovered a patient sample devoid of a biofilm that likewise elevated colorectal cancers in the animals. Several bacterial species, including enterotoxigenic Bacteroides fragilis, Fusobacterium nucleatum, and a particular strain of Escherichia coli, have been linked to colorectal cancer. However, these microbes were either absent from the tumors of these two patients (B. fragilis and E. coli) or failed to successfully colonize the mice (F. nucleatum), suggesting that other bacteria were driving the colorectal cancer cascade.

Jie (Angela) Chen, Ph.D., Jada Domingue, Ph.D., of Johns Hopkins, and colleagues, as well as study co-author Julia Drewes, Ph.D., assistant professor of medicine, performed additional experiments to see if a single bacterial species or a community of bacteria were promoting tumor formation in the mice.
They found that whereas toxigenic C. difficile, the kind that causes diarrhea, was absent in the samples that did not result in tumors in mice, it was present in the tumor-causing samples. This bacteria caused colon cancers in the mice when it was put to samples that had not previously caused tumors. Additional research revealed that C. difficile was sufficient to cause tumor growth in the animal models on its own.
Additional studies conducted under the direction of co-author Nicholas Markham, M.D., Ph.D., assistant professor of medicine at the Vanderbilt University Medical Center, and study co-leaders Franck Housseau, Ph.D., associate professor of oncology at Johns Hopkins, and Ken Lau, Ph.D., associate professor of cell and developmental biology and surgery at the Vanderbilt University School of Medicine, revealed that C. difficile caused a variety of changes within colon cells that made them susceptible

This bacteria activated genes that promote cancer and turned down genes that prevent cancer in cells exposed to it. Reactive oxygen species are unstable chemicals that may damage DNA, and these cells also sparked immunological responses that led to detrimental inflammation.
The majority of this activity, according to the researchers, appears to be caused by a toxin generated by this bacteria, known as TcdB. Mice infected with TcdB-inactivated microbes produced significantly fewer tumors than mice infected with TcdB-active microbes, while TcdA produced by C. difficile was insufficient to cause tumors. These results were obtained using genetically engineered C. difficile strains that contained inactivated toxin genes and/or released a related C. difficile toxin called TcdA.
Few epidemiological studies have examined the relationship between C. difficile and colorectal cancer in people, according to Drewes, but if this association is discovered, screening for latent or past C. difficile infections as cancer risk factors may be implemented. An important prevention strategy could include increased efforts to quickly and effectively eradicate this pathogen, which recurs — often repeatedly — in 15%-30% of infected patients after initial treatment, including in pediatric patients. Prolonged exposures to TcdB may increase the risk of colorectal cancer.

Although the relationship between C. difficile and colorectal cancer needs to be confirmed in prospective, long-term cohort studies, Drewes notes that improving prevention methods and therapeutics to lower the risk of C. difficile primary infection and recurrence could spare patients the immediate effects of severe diarrhea and possibly lower their risk of developing colorectal cancer in the future.