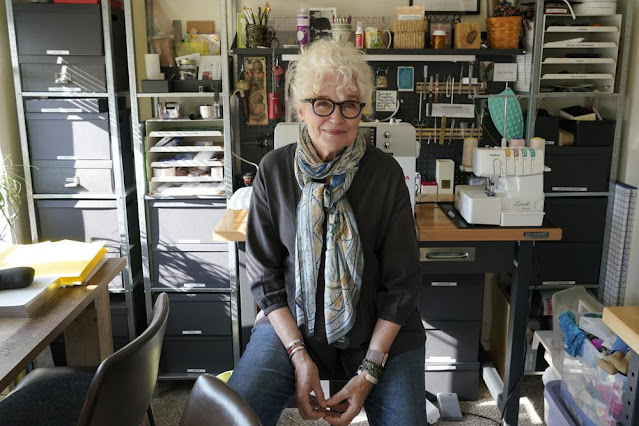 In the most thorough study of psilocybin for alcoholism, the substance in hallucinogenic mushrooms assisted strong drinkers in cutting back or quitting completely.
To find out if the impact persists and whether it is effective in a bigger study, more research is required. Because all trial participants were extremely driven and underwent talk therapy, many people who took a placebo instead of psilocybin also succeeded in drinking less.
Psilocybin, which is present in various types of mushrooms, can produce intense hallucinations that last for hours. Scientists are investigating if it might lessen sadness or aid long-time smokers in quitting smoking. Indigenous people have utilized it in healing ceremonies. Although Oregon and a few localities have decriminalized it, it is still illegal in the United States. Oregon will permit its supervised usage by certified facilitators starting the next year.
According to Fred Barrett, a Johns Hopkins University neuroscientist who wasn’t involved in the study, the new research, which was published on Wednesday in JAMA Psychiatry, is “the first contemporary, rigorous, controlled trial” of whether it may also benefit those who are suffering with alcohol.

93 participants in the research consumed either a placebo or a pill containing psilocybin while lying on a couch with their eyes closed and wearing headphones to listen to recorded music. They had 12 sessions of conversation therapy in addition to two of these sessions spaced one month apart.

Patients using psilocybin performed better than the control group in the eight months following their initial dose, engaging in heavy drinking on around one out of ten days on average compared to roughly one out of four days for the group receiving sham pills. Comparatively to 24% of the control group, over half of those who took psilocybin completely ceased drinking.
There haven’t been any new pharmacological approvals in almost 20 years, and the only three traditional medications licensed to treat alcohol consumption disorder are disulfiram, naltrexone, and acamprosate.

Although the specific mechanisms of psilocybin’s actions in the brain are unknown, it is thought to enhance connections and, at least temporarily, alter how the brain organizes itself.

According to Dr. Michael Bogenschutz, director of the NYU Langone Center for Psychedelic Medicine, who oversaw the study, “more portions of the brain are communicating to more sections of the brain.”
The potential longevity of such fresh relationships is less well understood. Theoretically, when talk therapy is coupled, people may find it easier to change negative behaviors and develop new attitudes.

The functional structure of the brain might change in a way that is “quite permanent,” according to Bogenschutz.

According to Bogenschutz, patients spoke of realizations that had a lasting positive influence on their lives.
Mary Beth Orr, 69, of Burien, Washington, claims that she learned she wasn’t alone from her psilocybin-induced hallucinations in which she flew over gorgeous vistas and merged wirelessly with creative figures from history.
Orr had five to six beers per night and more on the weekends before entering in the research in 2018.

The quantity was terrible, but she said that she couldn’t stop. “I couldn’t reach the off switch at all.”

She saw a vision of her deceased father during her first psilocybin encounter, who handed her a set of eagle eyes and instructed her to “go.” “These eagle eyes can’t see God’s face, but they know where it is,” she said to the therapists who were keeping a watch on her.
After giving up alcohol for two years, she now enjoys the odd glass of wine. She gives psilocybin more of the credit than conversation therapy.
It rendered booze unimportant and boring to me, Orr said. I no longer have the urge to be alone with booze since I am so bound to my family and friends.
Patients who took psilocybin had more headaches, nausea, and anxiety than those who took a placebo. One user of psilocybin acknowledged having suicidal thoughts while using it.
It’s critical in experiments like these that participants be unaware of whether they received the real medication or a sham one. The researchers used a common antihistamine with some psychoactive side effects as the placebo in an effort to accomplish this.
Nevertheless, the majority of trial participants accurately predicted whether they received the real or fake tablet.

Paul Mavis was unable to guess. The 61-year-old Wilton, Connecticut resident received a placebo but continued to abstain from alcohol. One benefit of the talk therapy was that it let him realize that his emotional development had stopped at age 15 when he began drinking to feel numb.
He also spoke of a session while using the fake medication that changed his life: During that session, he imagined losing a loved one. He was suddenly overcome by a severe, incapacitating sadness.

“I was sobbing, which isn’t something I usually do. I was perspiring. I was devastated,” he said. “Why am I experiencing this, like, when I’m trying to make sense of this grief?

“I immediately thought, “Drinking means death,”” I said. He claimed he hasn’t consumed alcohol since.
Psilocybin has to be studied extensively, according to Dr. Mark Willenbring, who previously oversaw the National Institute on Alcohol Abuse and Alcoholism’s treatment research division. He observed that both groups, those who received psilocybin and those who did not, benefited from talking to a therapist, and that the additional effect of psilocybin appeared to fade off with time.

It’s very tantalizing, said Willenbring. Is additional investigation necessary? Yes. Is it prepared for the spotlight? No.”
The Department of Science Education of the Howard Hughes Medical Institute provides funding to the Associated Press Health and Science Department. All content is the exclusive responsibility of the AP.