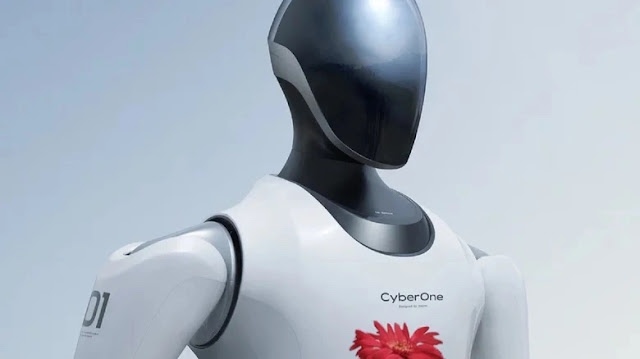 The days of a consumer electronics business just announcing a phone and calling it a day are long gone. At the significant launch ceremony this morning in Beijing, Xiaomi gave CyberOne the stage after announcing its foldable news. Lei Jun was joined onstage by the bipedal humanoid robot, who greeted the CEO and gave him a long-stemmed flower.

The robot doesn’t move quite like Atlas or Digit at first impression, but it’s still a promising demo and definitely not a person in a spandex suit (not that anyone would do that). It represents the most recent example of Xiaomi’s expanding robotics aspirations, which started with vacuums and then grew to encompass the Spot-like CyberDog from a year ago.

It’s difficult to determine where CyberOne fits on the spectrum between serious pursuit and stage spectacle because many consumer brand representatives have shown their robotic prowess at events like this, including Samsung and LG.

I was both nervous and thrilled to interact with him on stage. What did you think of his performance tonight? #CyberOne pic.twitter.com/Je1eXDYEGR

Lei Jun was keen to highlight the company’s commitment in the field, stating, “Xiaomi Robotics Lab self-developed all of CyberOne’s AI and mechanical capabilities. We have made significant investments in R&D in several fields, including the development of software, hardware, and algorithms.
Here, a very wide variety of assertions are made, among them the capacity to perceive human emotions. Xiaomi adds:
Robots that resemble humans use vision to analyze their environment. CyberOne can see 3D space, as well as identify people, gestures, and expressions thanks to a self-created Mi-Sense depth vision module and a combination of an AI interaction algorithm. This enables CyberOne to not only observe but also comprehend its environment. CyberOne has a self-created MiAI environment semantics recognition engine and a MiAI vocal emotion identification engine that allow it to understand 45 different categories of human emotion and 85 different types of ambient noises in order to connect with the rest of the world. CyberOne has the ability to recognize happiness and can even give consolation to the user when they are unhappy. All of these functions are included into CyberOne’s processing units, which are used in conjunction with a curved OLED module to show interactive real-time data. 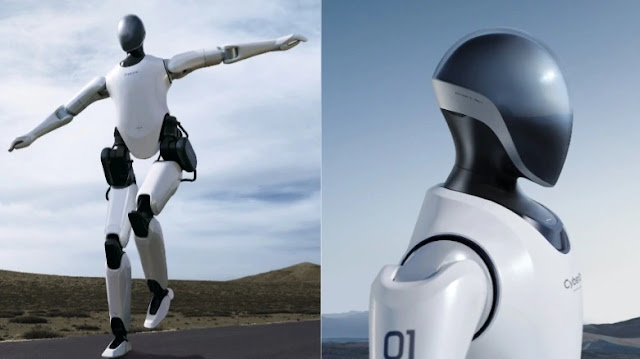 The anticipated real-world uses are just as varied, including anything from human friendship to factory help. Both of these feature sets will come in handy in the future, but that’s a long way (so to speak) from today’s presentation. For the time being, it makes the most sense to think of CyberOne as a promising experiment that acts as an excellent brand ambassador for some of the work being done behind the scenes, similar to, example, Honda’s Asimo.