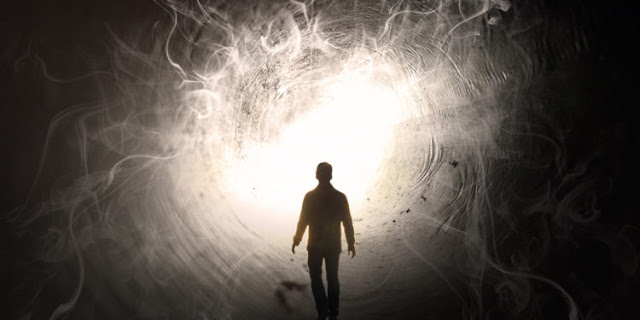 People who experience severe stress and turbulence occasionally go through a significant shift. They experience a fresh feeling of well-being, meaning, and gratitude for life. Their interactions deepen and become more personal. They have a sense of awakening and more intense life.
In my most recent book Extraordinary Awakenings, I demonstrate how change frequently occurs after a loss, cancer diagnosis, a depressive or addictive episode, or incarceration. However, I’ve discovered that a near-death experience (NDE), in which a person either comes dangerously close to passing away or briefly loses consciousness, is the most transformative event a person can go through.
I found it fascinating to read a new study from the John Hopkins University School of Medicine in the US that compared the transformative impact of NDEs and psychedelics.

The research examined the stories of more than 3,000 individuals who claimed that their attitudes toward death had changed as a result of either a psychedelic experience or an NDE. Psilocybin, the active component in magic mushrooms, and ayahuasca, a South American drink that contains the naturally occurring hallucinogen DMT, were two of the four psychedelic chemicals that were tested.
People in the research spoke of drug use and NDEs that made them less afraid of death and helped them view it more positively. People reported a considerable improvement in their psychological awareness, wellbeing, and sense of purpose in life.
The research discovered some variations among various psychedelics. People who took ayahuasca or DMT reported more good and persistent effects than those who took psilocybin or LSD.
Unlikely association
Participants characterized both experiences as spiritual or mystical, characterized by feelings of wonder, transcendence, oneness, and sanctity. In psychedelic experiences, these components were more prominent. The encounter was more frequently described as “the single most meaningful, spiritually significant, enlightening, and challenging experience of their life” by those who experienced NDEs.

There are several significant differences between NDEs and psychedelic experiences. Common NDE components include passing through complete darkness in search of light (or a transcendent location), arriving at a border or point of no return, running into departed loved ones, or having a life review. However, these are absent from psychedelic experiences.
It may thus appear odd that they have comparable transforming impacts.
However, both of these experiences push us outside the bounds of our everyday consciousness. We often view the world via a mental filter, with a constant stream of connections running through our heads.
Our daily environment seems routine and uninteresting. We see the world as existing in two places at once—inside our bodies and brains, and “out there.”
The world changes while under the influence of psychedelics and NDEs. There is a feeling of harmony and togetherness that seems to have been somehow cut out of our regular knowledge of the world’s basic qualities. There is something revelatory about this increased awareness. In this way, psychedelic experiences—despite the fact that many of them contain hallucinatory components—actually offer a window into a more profound reality.
In NDEs, we experience death up close, which awakens us to the value of life. Many people who experience NDEs believe they briefly passed away. The study likely came to the conclusion that NDEs were more transformative than psychedelic experiences because of this.
A near-death experience is defined as.
Many near-death experiences involve a clinically short death for the subject. For instance, the brain and body may temporarily shut down during a cardiac arrest before being revived. According to certain research, 20% of cardiac arrest instances result in patients reporting having a stunning set of experiences despite the fact that their brains exhibited no evidence of activity.
They typically describe flying out into space after leaving their body and seeing down from above (sometimes detailing medical procedures in great detail). They could witness a brief overview of their whole life that passes by in a matter of seconds.
Even though NDEs are brief (at most a few minutes), they nearly invariably have a transformative impact (psychedelic experiences usually last much longer, up to several hours). People have a significant change in viewpoint and ideals.
They develop a more altruistic and less materialistic mindset. With a stronger sense of love and compassion for other people, they feel more a part of nature. They sometimes enjoy isolation and inaction in a manner that they had never done before because they have an enhanced sense of beauty.
Numerous efforts have been made to explain NDEs as hallucinations brought on by aberrant brain activity, but no convincing explanation has yet surfaced. In my opinion, it clearly shows that the experiences are not hallucinations because they nearly always result in a significant and long-lasting shift. Surely if they were illusions, they wouldn’t have such a strong impact.
The main distinction
Of course, not every psychedelic experience—or even the majority of them—is transformative. There is no mention of how frequently psychedelics have this impact in the study mentioned above. For all we know, the volunteers may have experienced a number of such brief psychedelic experiences. NDEs, on the other hand, are virtually invariably transformative.
According to a 2012 study that compared NDEs with DMT, lasting change occurred far less frequently after DMT. The setting, the person’s goal, and psychological characteristics all affect how psychedelics work. If psychedelics are used in a spiritual setting as opposed to for recreational purposes, they are more likely to have transformative effects. Additionally, recent research indicates that using psychedelics might reduce anxiety and sadness and improve emotional wellness.
Psychedelic excursions should not be taken carelessly. But under the appropriate conditions, they may be almost as enlightening as near-death encounters. The Discussion