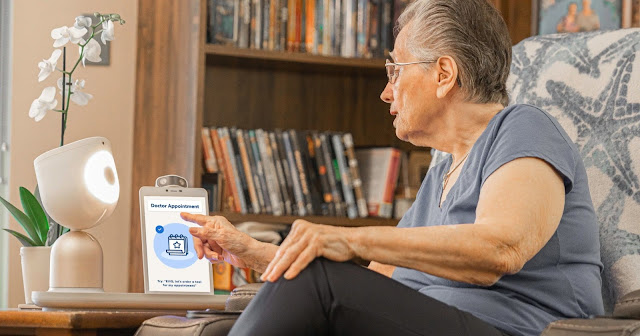 More than 800 new robot friends are moving into new residences with older folks in New York.

The ElliQ bots, according to a recent article in Smithsonian Magazine, were created to help elderly individuals who live alone. ElliQ functions similarly to Alexa and Siri in that it can make small conversation, create reminders, and answer queries.

Greg Olsen, director of the New York State Office for the Aging, told The Verge last month: “Many qualities drew us to ElliQ — that it is a proactive tool, recalls the interactions with the client, focuses on health and wellbeing, stress reduction, sleep, hydration, etc. It emphasizes on what important to people: memories, life affirmation, connections with friends and families, and it encourages general health and wellbeing.

Seniors experience an epidemic of loneliness.

According to a press briefing by NYSOFA on the robots that was released last month, loneliness and isolation have health effects comparable to smoking almost a pack of cigarettes every day. For many seniors in America, this is a sobering daily reality.

Naturally, there are many other ways that family members and neighbors may help a lonely senior without the aid of a robot, such as starting new hobbies together or asking them to teach you a new skill.

It’s simple to envision that ElliQ will offer some assistance and solace to elderly people who are alone, but do you trust Siri and Alexa with your own mental health? Speaking with our neighbors and requesting that municipal workers do welfare checks is undoubtedly more efficient and may even be less expensive.

Couldn’t 800 actual humans have interacted with our elders instead of 800 robots with their money? Just a crazy idea, everyone.

More than 800 new robot friends are moving into new residences with older folks in New York. The ElliQ…

Robots can now be built with living humanlike skin

Hollywood has created a pantheon of iconic cyborgs, including the Six Million Dollar Man, RoboCop, and the Terminator. Depending…