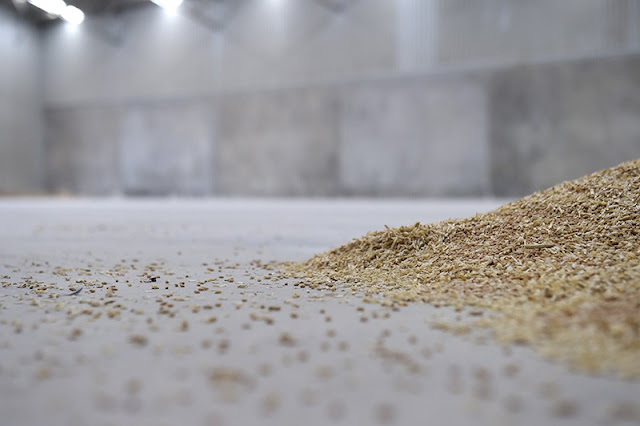 Models predict that the Earth would be covered in a shroud of smoke from burning cities, leading to widespread crop failures.
According to recent study, even a minor battle in which two countries use nuclear weapons against one another might cause a global famine. The world would be encircled by soot from burning cities, which would chill it by reflecting sunlight back into space. In turn, this would lead to global crop failures, which, in the worst case, may put 5 billion people in danger of dying.

The study’s lead author, Lili Xia, a climate scientist at Rutgers University in New Brunswick, New Jersey, predicts that a significant portion of the population would go hungry. “It’s terrible,”
The study is the most recent in a decades-long thought experiment on the worldwide effects of nuclear war, which was published on August 15 in Nature Food1. It seems particularly pertinent at this time given how the Russian war against Ukraine has affected the world’s food supply, highlighting the wide-ranging effects of a local conflict.

Scenarios of all sizes

A nuclear war can have a variety of deadly repercussions, including atomic bombs that directly kill people as well as long-lasting radiation and other environmental pollutants. In order to investigate how individuals all around the world could also suffer, Xia and her colleagues decided to examine the effects further away from the conflict’s epicenter.

They created simulations of how various regions of the world’s climate might change after a nuclear war and how crops and fisheries would adapt. The researchers looked at six conflict scenarios that would result in varying levels of soot entering the atmosphere and a decrease in surface temperatures of 1 to 16 °C. The effects can last for ten years or more.
Depending on how many warheads were used and how many towns were destroyed, a nuclear conflict between India and Pakistan, maybe sparked by the disputed Kashmir area, might release between 5 million and 47 million tonnes of soot into the sky. 150 million tonnes of soot might be produced in a full-scale nuclear conflict between the United States and Russia. The sky would ultimately clear, but the haze that circled the earth would last for years.
The quantity of calories available for consumption after a nuclear war was computed by Xia’s team using information from the Food and Agriculture Organization of the United Nations. The researchers looked at a number of possibilities, including whether people kept raising animals or diverted part or all of the crops intended for them to humans. The study used the assumption that individuals will reduce or do away with food waste, as well as some repurposing of biofuel crops for human consumption. Additionally, it was expected that trade would cease as nations choose to eat their own citizens rather than export food.
Xia points out that the study makes several assumptions and oversimplifies how the intricate global food chain would react to a nuclear exchange. But the figures are startling. Even the smallest war scenario, such as an India-Pakistan fight that produces 5 million tonnes of soot, might cause a 7% decline in global calorie output in the first five years following the conflict. Global average calories decrease by up to 50% in a scenario with 47 million tonnes of soot. Three to four years after a conflict between the United States and Russia, calorie output will, in the worst scenario, have decreased by 90%.
Move to Australia, please.

The countries most impacted would be those in the mid- to high-latitude range, which already have a short growing season and would experience a greater degree of cooling following a nuclear war than tropical locations. For example, the availability of food would decline more abruptly in the United Kingdom than in a nation with a lower latitude, like India. However, France, which is a significant food exporter, would fair quite well — at least in the lower-emission scenarios — as it would have more food available for its own citizens if trade were to cease.

Australia is another country that is less impacted. After a nuclear war, Australia would be cut off from commerce and rely mostly on wheat for nourishment. Additionally, given the colder environment brought on by air pollution, wheat would grow rather well. Australia glows an unblemished green, even in the worst war scenarios, on the team’s map of the world, which has large portions of the world colored red to indicate starvation. “Let’s move to Australia,” my son said the first time I showed him the map, recalls Xia.
According to Deepak Ray, a food-security researcher at the University of Minnesota in Saint Paul, the study is an important step toward understanding the effects of a regional nuclear war on the world’s food supply. However, he asserts that more effort is required to precisely simulate the intricate mix of methods used to produce crops all over the world. For instance, the study considered data on national crop production, but the reality is much more complex because different crops are grown in various parts of a nation for various purposes.
There are still nine nations with more than 12,000 nuclear warheads among them, despite the fact that nuclear war may seem less of a threat than it did during the Cold War. Nations may be able to more accurately assess the risks if they are aware of the potential consequences of nuclear war.

“It is rare to happen, but if it does, everyone is affected,” says Ray. These are hazardous items.