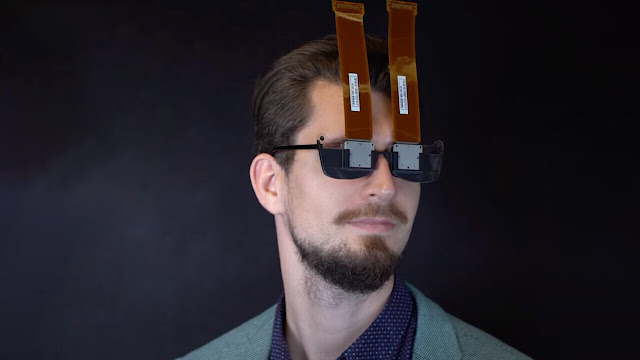 The form factor of VR headsets is one of the most significant barriers to mass adoption. Anyone familiar with the technology would see a huge, binocular-looking glob clinging to you, similar to the facehugger from Alien.

But Nvidia aims to change that, and has now produced a research paper alongside Stanford University that presents an idea for an ultra-thin pair of virtual reality holographic spectacles.

First, consider why today’s VR headsets are so large.

The magnification concept of VR display optics is responsible for this. Regular headsets function via a “lens [enlarging] the picture of a tiny microdisplay,” according to Nvidia and Stanford’s report.

This necessitates a significant distance between the two, requiring today’s headsets to be larger to accommodate the technology. 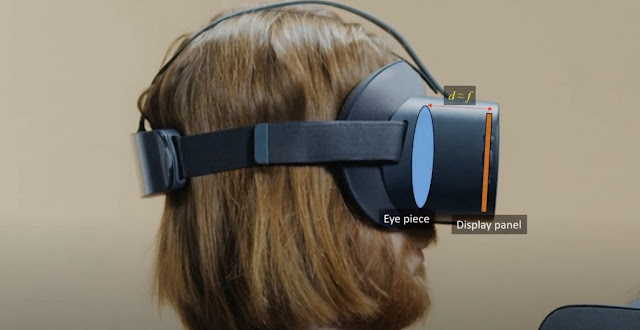 Other solutions, like as so-called “pancake lenses,” which minimize the optical path by folding, have been examined to close the gap between the lens and the microdisplay, but they have limits in this case, with the technology only allowing 2D pictures.
While various ways have been explored, they frequently have their own limitations, such as low resolution output.

Nvidia and Stanford researchers offer something different. Their idea is to create a holographic near-eye display that can show a 2D or 3D image to each eye while just being 2.5mm thick.
So, how did they pull it off?
Consider the space between the lens and the microdisplay in traditional VR headsets, which is used to magnify pictures and produce holograms. Instead, Nvidia’s VR glasses design employs what’s known as a “spatial light modulator,” which generates a hologram immediately in front of the user’s eyes.
This graphic summarizes the situation: 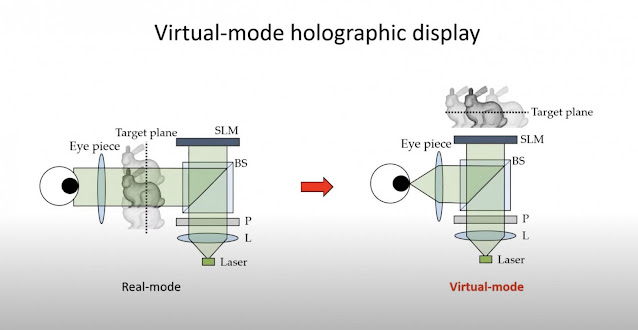 But that’s not all. The researchers used “artificial intelligence techniques” to “accelerate the computation of computer-generated holograms” in order to improve the image quality of the thin VR glasses.
To put it another way, they approached the quality and size of the VR display as a computational problem, which means they used an algorithm to design the optics in order to find the best grade output. 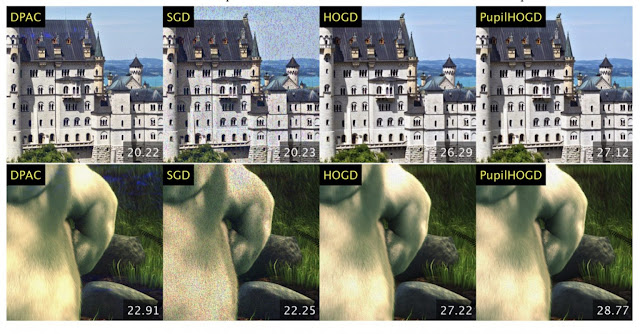 It’s also worth noting that the ultra-thin VR glasses seen in the photographs are a wearable prototype. These are a “functioning demo, albeit the driving board, power, and light source were separated for the conceptual shot,” according to Jonghyun Kim, Senior Research Scientist at Nvidia.

As you’d expect from an Nvidia and Stanford research study, there’s a lot more information here that I encourage you to read. You can read the entire article here, as well as see a very informative video.
While we’re still a long way from these ultra-thin VR glasses hitting the market, work like this demonstrates the technology’s promise.
Virtual reality headsets have been available for a while, but they have yet to catch on with the general public. One possible explanation is the awkward form factor. Because existing VR headsets are unsightly, convincing people to wear them is difficult.
The closer we get to VR becoming a part of our lives, the more scientists can overcome this and make virtual reality headsets look like regular glasses.
I’ll leave it to you to decide if this is a good or terrible thing, but it’s impossible not to be inspired by what scientists have accomplished thus far, as well as what the future holds.
If you’re interested in learning more about the other research papers Nvidia will be presenting at SIGGRAPH 2022, click here.
What about now? So, here’s hope to meet you soon in a really relaxing virtual reality.