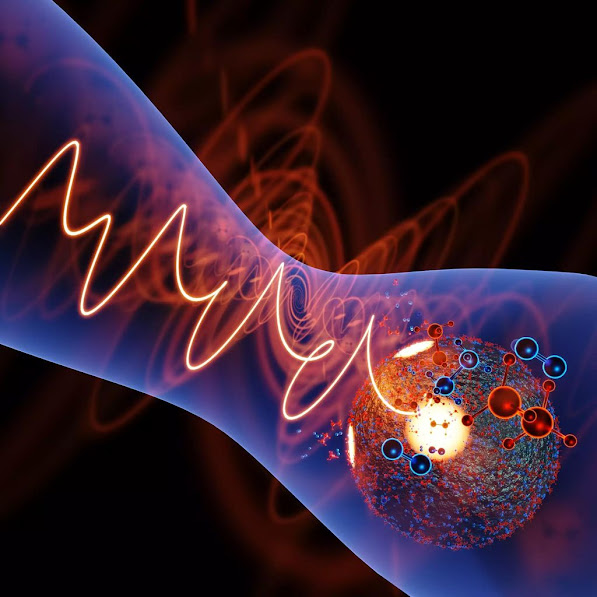 In conjunction with Stanford University, physicists from the Max Planck Institute of Quantum Optics and Ludwig-Maximilians-Universität München have utilized laser light to regulate the location of light-induced reactions on the surface of nanoparticles for the first time.
The key to starting specific chemical reactions on nanoparticle surfaces is to control strong electromagnetic fields on their surfaces. Laser light is used to obtain this level of control over powerful fields. Although laser-induced molecular bond creation and breaking on nanoparticle surfaces has been reported in the past, nanoscopic optical control of surface reactions has yet to be realized. In partnership with Stanford University, an international team of scientists led by Dr. Boris Bergues and Prof. Matthias Kling of Ludwig-Maximilians-Universität (LMU) and the Max Planck Institute of Quantum Optics (MPQ) has finally bridged the gap. Physicists used ultrashort laser pulses to locate light-induced chemical processes on the surface of isolated silicon dioxide nanoparticles for the first time.
There is a lot of activity on nanoparticle surfaces. Molecules can dock, dissolve, and move around. All of this fuels chemical reactions, transforms things, and even creates new materials. The occurrences in the nanocosmos can be influenced by magnetic fields. A research team from the Ultrafast Electronics and Nanophotonics Group, coordinated by Dr. Boris Bergues and Prof. Matthias Kling, has now demonstrated this. The researchers achieved this by producing localized fields on the surfaces of isolated nanoparticles using strong femtosecond laser pulses. A femtosecond is a billionth of a second, or 10-15 of a second.
The physicists were able to observe the reaction site and birthplace of molecular fragments on the surface of silica nanoparticles with a resolution better than 20 nanometers using reaction nanoscopy, a new technology developed by the same group. The scientists achieved nanoscopic spatial control with even higher resolution by superimposing the fields of two laser pulses of different colors with regulated waveform and polarization. As a result, they had to precisely set the temporal delay between the two pulses. A thousand times shorter than a femtosecond is an attosecond. The surface of the nanoparticles and the molecules adsorbed there were ionized at precise spots when they interacted with this customized light, causing the molecules to dissociate.
“Molecular surface reactions on nanoparticles play a fundamental role in nanocatalysis. They could be a key to clean energy production, in particular via photocatalytic water splitting,” Matthias Kling adds. “Our results also pave the way for tracking photocatalytic reactions on nanoparticles not only with nanometer spatial resolution, but also with femtosecond temporal resolution. This will provide detailed insights into the surface processes on the natural spatial and temporal scales of their dynamics,” explains Boris Bergues.
This potential new approach, according to the researchers, can be used to a variety of complex isolated nanostructured materials.