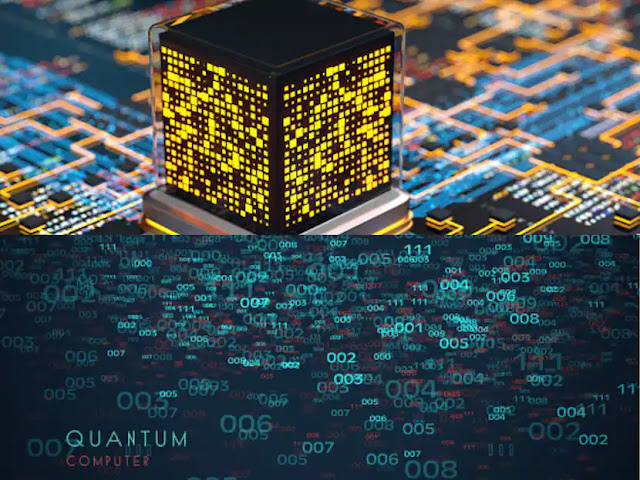 Computers have been associated for a long time with binary information, or zeros and ones. A team at the University of Innsbruck in Austria has now developed a quantum computer that defies this paradigm and makes use of extra computing capabilities that are now locked away in practically all quantum devices.

Computers use binary information, often known as zeros and ones, which is something we all quickly learn. It is difficult to envision life without computers because of how well this strategy has worked to power everything from coffee makers to self-driving automobiles.

Building on this achievement, binary information processing is now a primary consideration in the construction of modern quantum computers. Martin Ringbauer, an experimental physicist from Innsbruck, Austria, says that “the building blocks of quantum computers, however, are more than simply zeros and ones.” These gadgets cannot reach their full potential if they are limited to binary systems.

With the creation of a quantum computer that can do any calculation using so-called quantum digits (qudits), a team led by Thomas Monz at the Department of Experimental Physics at the University of Innsbruck has now achieved more processing capacity with fewer quantum particles.

Though it is not the most effective method of performing computations, storing information as zeros and ones is the most straightforward. Binary information has emerged as the undisputed industry standard for traditional computers because it is frequently simple while still being dependable and error-resistant.

In the quantum realm, things are very different. For instance, information is kept in individual trapped Calcium atoms in the Innsbruck quantum computer. These atoms naturally exist in eight distinct states, only two of which are generally employed to store information. In actuality, the vast majority of current quantum computers have access to more quantum states than they actually employ for processing.

Hardware and software approaches that are natural

The Innsbruck scientists have now created a quantum computer that can utilize all of the capabilities of these atoms through qubit-based computation. Using additional states does not make the computer less dependable, in contrast to the conventional scenario. According to Thomas Monz, “Quantum systems inherently contain more than simply two states, and we demonstrated that we can manage them all as effectively.”

On the other hand, many issues in physics, chemistry, or material science that need quantum computers are also naturally represented in the qudit language. For today’s quantum computers, rewriting them for qubits can frequently make them excessively sophisticated. Martin Ringbauer says, “Working with more than zeros and ones is quite natural, both for the quantum computer and for its applications, allowing us to realize the full potential of quantum systems.