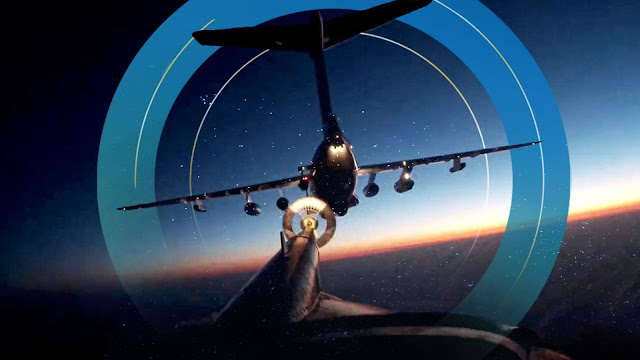 The Earth’s surface would be gently shaded by a cloud of small sulphur dioxide particles that would be released by a fleet of 125 military air-to-air refueling tankers at an altitude of 43,000ft (13km) and a latitude of 60 degrees in both hemispheres.
A contentious plan to refreeze the North and South Poles and lower the world thermostat has been proposed by scientists.
They claim that in order to deflect sunlight and slow the melting of the icecaps, high-flying planes might spray small aerosol particles into the sky.
Millions of tonnes of carbon dioxide would be released annually from around 175,000 flights.
The ideas, however, were supported by a former UK top scientist who told Sky News that Arctic warming is now a serious problem and that refreezing the ice might slow the increase of the world’s water levels.
Wake Smith of Yale University in the United States served as the study’s principal investigator.

He forewarned that the strategy will only address a significant symptom of climate change and not its root.
According to the plan, a fleet of 125 military air-to-air refueling tankers would release a cloud of microscopic sulphur dioxide particles at an altitude of 43,000ft (13km) and latitude of 60 degrees in both hemispheres, roughly equivalent to the Shetland Islands in the north and the Falklands in the south. “It’s aspirin, not penicillin. It’s not a substitute for decarbonization,” he
On winds from high altitudes, the particles would slowly move in the direction of the poles, faintly shadowing the Earth’s surface.

According to research published in the academic journal Environmental Research Communications, just over 13m tonnes of particles released in the spring and summer would be sufficient to cool the polar regions by 2C, with more moderate cooling at mid-latitudes. The plan is controversial, not least because the significant number of flights – equivalent to more than two days of global air traffic in 2021 – would release greenhouse gases into the upper atmosphere where they are masked by ozone.

Because sun shading may have unforeseen repercussions, such as lowering agricultural yields, other experts are similarly wary of implementing it.
Following objections from environmentalists, a plan to discharge particles from a balloon in northern Sweden last year was scrapped. A comprehensive release program would require worldwide consensus.

However, according to the researchers, just 1% of people reside in the target deployment zone. Additionally, they note that the £10 billion program cost would be a lot less than the cost of carbon capture or other methods of reducing or adjusting to climate change.
The poles would be the place where the risk-benefit calculation would work out, according to Mr. Smith.

Any deliberate adjustment of the world thermostat would be of interest to everyone.
Record-breaking heatwaves were observed in both the Arctic and the Antarctic earlier this year, indicating that the poles are warming several times faster than the world average.
Sea levels will increase by many meters if the enormous Greenland and West Antarctic ice sheets hit a tipping point, which is currently considered plausible based on current forecasts of global warming.
Radical action is required to rescue polar ice, according to Sir David King, a former government senior scientist and the head of the Centre for Climate Repair (CCR) at Cambridge University.
He said, “We are there, right now.
“The goal is to gain time while drastically and quickly reducing greenhouse gas emissions.

“That is crucial. We are doomed if we continue to emit at this rate.”
The CCR’s director, Dr. Shaun Fitzgerald, claimed that the many flights may be justified if they addressed the urgent issue of sea-level rising.
“Although using aircraft is not pleasant at all, the effects of those greenhouse gases are more long-lasting.
“It’s absolutely vital that we address the implications (of climate change) immediately.”
With a fleet of ships pouring saltwater into the atmosphere, the CCR is developing a plan in its laboratories to lighten clouds over the Arctic Ocean. Ice in the area would be cooled by the clouds’ reflection of sunlight back into space.
The CCR is in favor of a global geoengineering ban until tests have demonstrated its safety and there is consensus that its usage is urgently required.