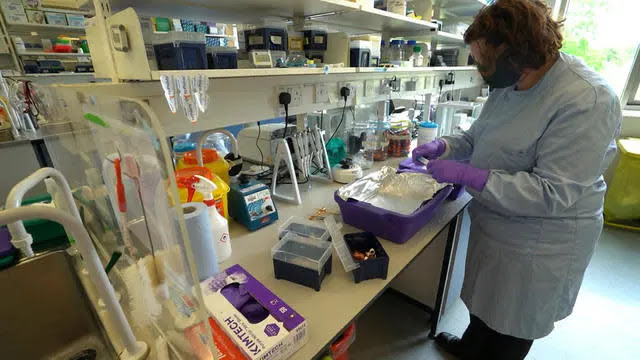 The genetic blueprints of every known species on the earth are being compiled by scientists from all across the world. The UN has issued a warning that an estimated one million plant and animal species face extinction in the next several decades, prompting the endeavor.
Researcher Joanna Harley told CBS News correspondent Roxana Saberi, “This is really critical.” “The preservation of species on this planet is crucial. They help us out and sustain us, and the more the earth is destroyed by humanity, the fewer there will be.”
The Earth BioGenome Project enlists around 5,000 experts from all over the world. Teams will digitize the DNA of the 1.8 million identified plant, animal, fungal, and single-celled eukaryotic species on the globe during the course of the following ten years. The scientists aim to sequence 3,000 genomes by the end of 2022.

The researchers hope to advance human wellbeing, preserve biodiversity, and get a better understanding of ecosystems by sequencing the DNA of every living on Earth.
Mark Blaxter, who oversees a team working on the Earth BioGenome Project, told Saberi that “everything is interrelated.” We depend on the services that these flora, fauna, and fungus provide, so by comprehending how they function, we can benefit people as well.
Nearly 400 of the 70,000 identified species in Britain have had their genetic blueprints compiled so far.
Researchers like Harley who aid in the search for species are the first step in the drawn-out process. After being collected, the samples are sorted before being delivered to sequencing facilities. After then, the data is posted publicly.
According to Blaxter, “We’ll be able to examine a species and determine if it’s endangered or not, and we’ll know what to do to keep it continuing.”
Decoding DNA can be useful because more species are in danger of extinction, the scientists stated, but it won’t be enough to preserve endangered plants and animals.