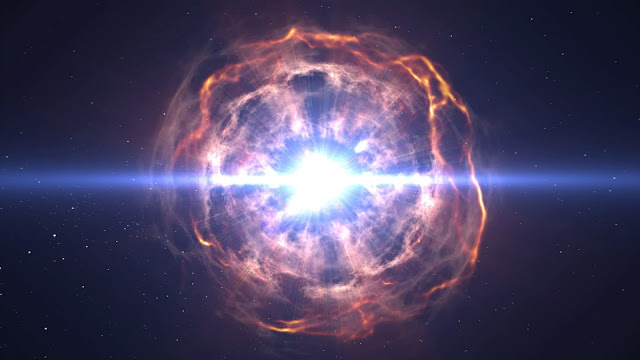 Blink and you’ll miss it: an X-ray explosion 60 times hotter than the sun’s surface.
For the first time, astronomers have seen this on a faraway white dwarf star. In July 2020, a group of European scientists used the German eROSITA X-ray telescope to scan the heavens, an equipment that specializes in soft X-rays and orbits a gravitationally stable location in space around 930,000 miles (1.5 million kilometers) from Earth. The researchers occurred to catch an unusually bright explosion, which they identified as a nova, or white dwarf explosion.
White dwarfs are dense stars that have burned through most of their gas. Excess hydrogen can accumulate on the surface of a white dwarf in some situations, mainly as a result of the white dwarf “stealing” material from a nearby star; this accretion might erupt in a violent, intense release known as a nova. That is exactly what the team discovered in July 2020.
“It was to some extent a fortunate coincidence, really,” said Ole König, a Ph.D. student specializing in X-ray astronomy at the Astronomical Institute at FAU in Germany and a co-author on a paper about the findings.
Even more amazing, the researchers discovered the nova in the soft X-ray spectrum. Before the beams diminish and become visible light, which finally reaches Earth, white dwarf novas frequently produce energy in this range.
“Soft X-rays are not very energetic and easily absorbed by interstellar medium, so we cannot see very far in this band, which limits the number of observable objects, be it a nova or ordinary star,” Victor Doroshenko, an astronomer from Tübingen University in Germany and another co-author of the work, said in the same release. “Telescopes are normally designed to be most effective in harder X-rays, where absorption is less important, and that’s exactly the reason why they would miss an event like this!”
Since the eROSITA X-ray telescope was calibrated to capture considerably softer X-rays, the resulting image from the nova was completely overexposed. However, the team was able to offset the risk.
“Using the model calculations we originally drew up while supporting the development of the X-ray instrument, we were able to analyze the overexposed image in more detail during a complex process to gain a behind the scenes view of an explosion of a white dwarf, or nova,” said FAU astrophysicist Jörn Wilms, a study co-author.
The white dwarf is relatively massive, with a mass similar to that of the sun, according to the researchers. The temperature of the explosion was roughly 327,000 degrees Kelvin, which is nearly 60 times hotter than the sun.