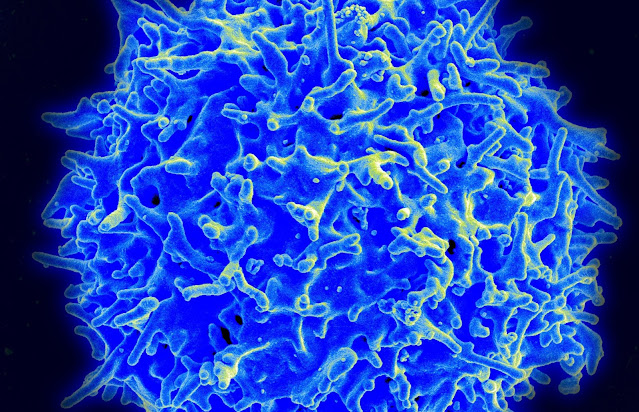 According to a recent USC study, stress accelerates immune system aging and may raise a person’s chance of developing cancer, cardiovascular disease, and infections like COVID-19. Stress can take the form of traumatic experiences, work stress, everyday pressures, and prejudice.

The study, which was released on June 13 in the Proceedings of the National Academy of Sciences (PNAS), may help explain differences in aging-related health, such as the uneven impact of the pandemic, and it may also indicate to potential intervention locations.

“Understanding differences in age-related health is crucial as the global population of older persons rises. Immune system alterations brought on by aging are a major contributor to poor health, “said Eric Klopack, a postdoctoral fellow at the USC Leonard Davis School of Gerontology and the principal author of the study. This work contributes to the understanding of the processes behind immunological aging.

Immunosenescence is the term for the normal decline of the immune system that occurs as people age. An individual’s immune profile deteriorates with age and becomes characterized by an excess of exhausted white blood cells in circulation and a deficiency of young, “naive,” white blood cells prepared to combat fresh intruders.

In addition to cancer, immune aging is linked to cardiovascular disease, a higher risk of pneumonia, decreased vaccination effectiveness, and aging of the organ systems.

But why do individuals of the same age have such disparate levels of health? Researchers at USC chose to investigate if there is a link between a lifetime of stress, which is known to be detrimental to health, and a deteriorating immune system.

Large data sets from the University of Michigan’s Health and Retirement Research, a longitudinal nationwide study of older Americans’ economic, health, marital, and familial statuses as well as their access to public and private support networks, were searched and cross-referenced.

The researchers examined answers from a nationwide sample of 5,744 persons over the age of 50 in order to determine exposure to various types of social stress. In order to analyze respondents’ experiences with social stress, including stressful life events, chronic stress, daily discrimination, and lifetime discrimination, they responded to a questionnaire.

The individuals’ blood samples were subsequently subjected to flow cytometry analysis, a laboratory procedure that counts and categorizes blood cells as they move sequentially through a restricted stream in front of a laser.

As predicted, those with greater stress levels had immunological profiles that seemed older, with larger percentages of worn-out white blood cells and lower percentages of young disease fighters. Even after accounting for education, smoking, drinking, BMI, race or ethnicity, and stressful life events, there was still a significant correlation between these events and less ready to respond, or naïve, T cells.

Although the researchers acknowledge that some stressors may be insurmountable, there may be a solution.

A gland called the thymus, which is located directly in front of and above the heart, is where T-cells, a crucial element of immunity, develop. People’s thymus tissue diminishes and is replaced with fatty tissue as they age, which lowers the number of immune cells produced. According to prior study, lifestyle variables including a poor diet and little exercise—both of which are connected to social stress—accelerate this process.

The link between stress and accelerated immunological aging wasn’t as robust in this study, according to Klopack, after statistically correcting for poor nutrition and insufficient exercise. As a result, “those who feel greater stress tend to have inferior eating and exercise habits, which helps to explain why their immune systems age more quickly.”

The immunological aging brought on by stress may be prevented in older persons by improving diet and exercise habits.

Cytomegalovirus (CMV) may also be a target for treatment. CMV is a widespread, typically asymptomatic virus in people and is known to have a major influence speeding immunological aging. Like shingles or cold sores, CMV remains latent most of the time but can flare up, especially when a person is facing severe stress.

In this investigation, the association between stress and accelerated immunological aging was diminished by statistically adjusting for CMV positive. Therefore, the researchers suggested that universal CMV immunization might be a reasonably easy and possibly effective strategy that could lessen the immunological aging consequences of stress.

In addition to Klopack, additional contributors include Eileen Crimmins, a University Professor and the AARP Chair in Gerontology at the USC Leonard Davis School; and Steve Cole and Teresa Seeman of UCLA.