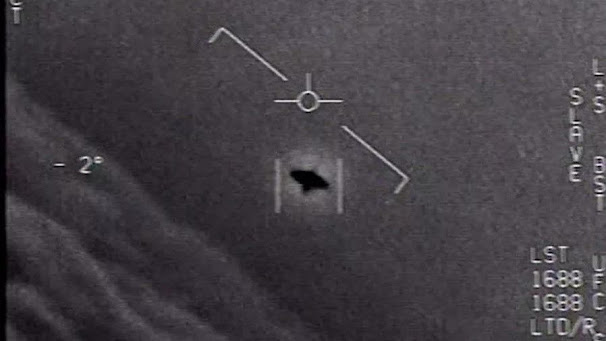 For the first time in five decades, Congress convened an open congressional hearing on unexplained aerial phenomena, or UAPs — often known as strange flying objects.
Following a nine-page assessment issued last year, which analyzed more than 140 cases of odd sightings by fighter aircraft instruments and pilots, the hearing before a US House Intelligence panel featured evidence from military officials.
Officials could only explain one of the instances, which included a huge, deflated balloon.
UAPs “are a potential national security threat, and they need to be treated that way” said Rep. Andre Carson, a Democrat from Indiana and chairman of the subcommittee, at the outset of the hearing.
For decades, people have been interested and perplexed by unexplained objects, yet research into them has been disregarded as pseudoscience or tabloid fodder.
As these mysterious sightings resurface in the media, some experts argue that science, not simply the intelligence establishment, should explore them in order to uncover explanations.

From the fringes to serious science

According to Kopparapu, an increasing number of privately sponsored research groups, such as Harvard’s Galileo Project and UAPx, a research non-profit, are focused on the systematic investigation of unexplained aerial phenomena.
“I think this is a great opportunity for scientists to show the public how a scientific investigation can be done of something that is unknown,” Kopparapu told Insider.
According to NASA’s website, the agency doesn’t actively seek for UAPs.
“If we learn of UAPs, it would open up the door to new science questions to explore”.
“Atmospheric scientists, aerospace experts, and other scientists could all contribute to understanding the nature of the phenomenon. Exploring the unknown in space is at the heart of who we are.”
Meanwhile, the Galileo Project is building software to sift data from enormous telescopes for interstellar objects, as well as a network of sky cameras that will look for signals of extraterrestrial life.
The team hopes to put the first of hundreds of cameras and audio sensors on the top of Harvard College Observatory this spring, to catch everything that passes through the sky 24 hours a day.
“We are moving away from a time where we were just thinking about them as some sort of tabloid news,” Kopparapu adds. “These objects exist. And if we want to understand them, we need to use the same technologies and scientific instruments that we use to study our everyday world around us.”
Unidentified flying objects have always piqued the public’s interest, raising concerns about national security and possibly alien life. Researchers believe that unless these questions are exposed to rigorous scientific study, they will stay unresolved.
“I think it’s significant that branches of the military are acknowledging that there’s a thing that’s supposed to be in their jurisdiction that they don’t understand,” Haqq-Misra told Insider. “If they’re willing to do that, I think then it really, truly is a puzzle and we’ve got to figure out what this is.”
“Science should be the forefront in understanding this unknown phenomena,”Kopparapu agreed, adding, “I hope there is more interest from scientists and I’m eager to see what’s going to happen in the next couple of weeks with all this news.”

Why do being in huge numbers at festivals, jubilees, and other public events make us feel good? It’s because…

Could there be a connection between cognitive decline and excessive daytime napping? New research from the Rush Alzheimer’s Disease Center…

‘Smart’ Contact Lens Could Help Treat a Leading Cause of Blindness, Scientists Say

Glaucoma, the world’s second largest cause of blindness, might be treated using a flexible contact lens that monitors eye pressure…