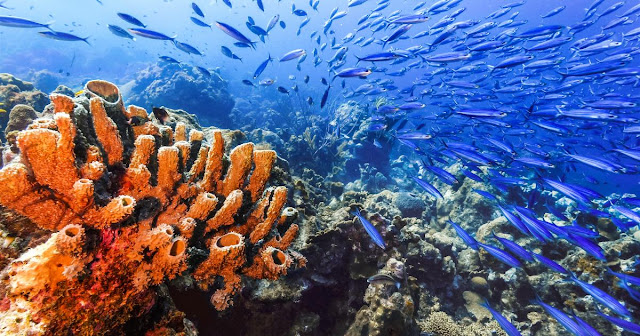 According to recent study, the ocean has massive amounts of sugar that we were previously unaware of.

Seagrass meadows on the ocean floor have been revealed to store massive volumes of the sweet stuff beneath their waving fronds, which has enormous implications for carbon storage and climate change.

The sugar is released from the seagrasses into the soil underneath them, known as the rhizosphere, which is directly influenced by the roots. Sugar concentrations on the seafloor are 80 times greater than they would ordinarily be.

According to the researchers, seagrasses might be sitting on up to 1.3 million tons of sugar worldwide. To put it another way, that’s enough sugar to fill 32 billion Coca-Cola cans, so we’re talking about a significant sugar discovery.

“These plants utilise the majority of the sug­ars they produce for their own metabolism and development in ordinary light circumstances. The plants, on the other hand, produce more sugar than they can utilize or store during high light conditions, such as during the day or in the summer. The surplus sucrose is then released back into the rhizosphere. Consider it an overflow valve.”

Surprisingly, this extra sugar is not consumed by microbes in the surrounding environment. To counteract this, it appears that seagrasses, like many other plants, emit phenolic chemicals.

These antimicrobial chemicals, which may be found in red wine, coffee, and fruit, as well as many other locations in nature, slow down the metabolism of most microbes.

Using a mass spectrometry approach, the researchers validated their idea in a real underwater seagrass field to demonstrate that this is indeed what was happening.

“We added phenolics isolated from seagrass to the microorganisms in the seagrass rhizosphere in our experiments,” explains Maggie Sogin, a marine scientist from the Max Planck Institute for Marine Microbiology.

“In fact, when there were no phenolics present, substantially less sugar was consumed.”

Despite the presence of phenolics, a select group of microorganisms flourished on the sucrose; the researchers believe that these “microbial specialists” are providing something back to the seagrass in exchange, such as nutrients.

Seagrasses are among the world’s most important sinks for blue carbon (carbon collected by the world’s oceans and coastal ecosystems): a single acre of seagrass can absorb twice as much carbon as a forest of the same size on land, and at a rate of 35 times faster.

Scientists can now account for sucrose deposits as well as the seagrass itself when assessing carbon capture loss from seagrass meadows, which are among the most vulnerable environments on the globe owing to human activities and declining water quality.

“We know less about seagrass than we do about land-based habitats,” Sogin explains.

“Our research adds to our knowledge of one of the world’s most critical coastal habitats and highlights the need of preserving these blue carbon eco­sys­tems,” says the author.