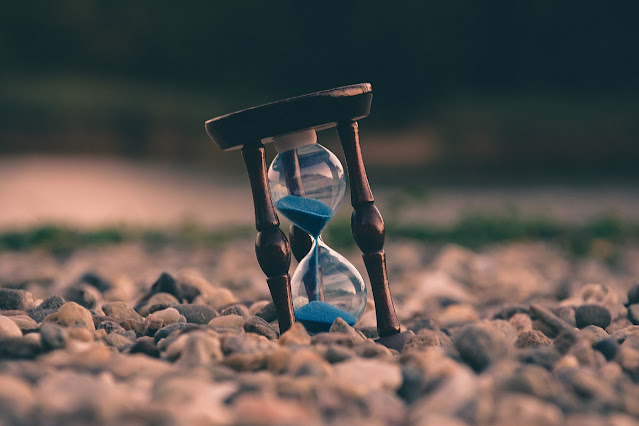 Is it true that time exists? It may appear that the solution to this question is self-evident: It certainly does! Take a peek at a clock or a calendar.

However, recent advances in physics show that the non-existence of time is a viable option that we should consider.

How is that possible, and what does it imply? It’ll take a minute to explain, but don’t worry: our lives will carry on as usual even if time doesn’t exist.

There is a physics crisis.

Physics is in a state of emergency. For the past century or so, two highly effective physical theories have been used to describe the Universe: general relativity and quantum mechanics.

Quantum mechanics is a branch of physics that explains how things function in the minuscule universe of particles and particle interactions. The overall picture of gravity and how objects move is described by general relativity.

Both ideas are quite effective in their own right, yet they are regarded to be incompatible. Though the source of the dispute is debatable, scientists believe that both theories should be replaced by a new, more broad theory.

Physicists want to develop a “quantum gravity” theory that will replace both general relativity and quantum mechanics while capturing their remarkable achievements. A hypothesis like this would explain how gravity’s large picture operates at the particle size.
Quantum gravity and time

It turns out that developing a quantum gravity theory is really tough.

String theory is one approach to resolving the disagreement between the two ideas. String theory substitutes strings vibrating in up to 11 dimensions for particles.

String theory, on the other hand, confronts a new challenge. String theories give a variety of models that roughly explain our Universe, but they don’t make any precise predictions that can be evaluated by experiments to determine which model is correct.

Many physicists felt disillusioned with string theory in the 1980s and 1990s, and developed a variety of other mathematical approaches to quantum gravity.

One of the most well-known is loop quantum gravity, which suggests that space and time are made up of a network of extremely small discrete pieces, or “loops.”

One of the most striking features of loop quantum gravity is that it appears to completely remove time.

Loop quantum gravity isn’t the only strategy that appears to eliminate time as a basic component of reality: a number of other theories also appear to do so.

So we know that a new physical theory is required to describe the Universe, and that this theory may or may not include time.

Let’s say this theory proves to be right. Is it thus true that time does not exist?

It’s difficult, because it all relies on how we define the term “exist.”

Why? We believe that such phenomena exist at a level greater than that defined by physics.

Tables, for example, are said to “emerge” from a physics of particles flying about the Universe.

However, whereas we have a clear notion of how a table is made up of fundamental particles, we have no idea how time is built up of anything more fundamental.

So it’s not obvious that we can just assume time exists until we can come up with a reasonable account of how time originates.

At some levels, time may not exist.

Saying that time does not exist at any level is akin to claiming that tables do not exist.

Trying to survive in a society without tables may be difficult, but surviving in a world without time appears to be just impossible.

Our entire lives revolve around the concept of time. In light of what we know about the past, we make plans for the future. We hold people morally responsible for their previous conduct in the hopes of reprimanding them in the future.

We consider ourselves to be agents (entities with the ability to act) in part because we may plan to behave in a way that will result in future changes.

But what is the purpose of working to effect change in the future when there is no future to act for in the first place?

What good does it do to punish someone for a previous deed if there is no past and hence no such action?

The knowledge that there is no such thing as time would appear to put the entire world to a standstill. There’d be no incentive for us to get out of bed.

There is a way out of this predicament.

Perhaps science is telling us that causality, rather than time, is the fundamental aspect of our Universe.

If that’s the case, agency can still exist. Because a sense of agency may be totally reconstructed in causal terms.

In our new book, Kristie Miller, Jonathan Tallant, and I argue that this is the case.

Even as it launches physics into a new age, the finding that time does not exist may have no immediate influence on our lives.