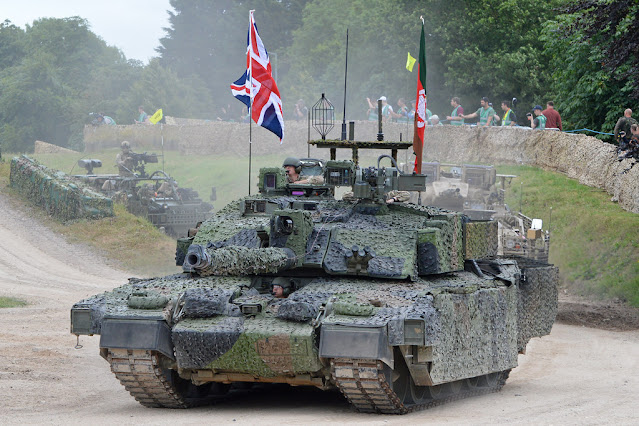 According to New Scientist, the UK Ministry of Defense recently purchased a quantum computer to see if the technology may one day be used to make tanks smart.

The acquisition was revealed this week by Richard Murray, the CEO of quantum computing firm Orca. Part of the reason Orca’s product caught the MoD’s interest, according to Murray, is that some of their devices can fit on a standard computer shelf and work at ambient temperature.

Murray told the outlet, “It lends itself to all of those sorts of things, plus it’s more durable.” “I mean, maybe a fighter plane one day. I believe we’re concentrating on a larger-scale platform that can be deployed on the ground.”

But there’s a major issue: it’s unclear what these computers are expected to accomplish on board any type of military equipment, especially because experts have yet to demonstrate that the technology has any innovative, real-world uses.

“This equipment we’re giving to them surely won’t accomplish anything a conventional computer won’t,” Murray told New Scientist. “I suppose, in that view, it’s a research instrument.” “Right now, a lot of activity is being supported.

That’s a little hazy. Quantum computers have already been proven to dramatically accelerate the solution of extremely particular mathematical problems.

Even less obvious is how those talents may be used to assist in a combat situation.

“Through applications such as picture identification and sensor management,” an Orca representative told New Scientist, “our hope is that this technology will make communication on the battlefield substantially simpler.”

“This technology will make information processing for command decisions on the battlefield more nimble, while also reducing the hazards of data exchange with an undeployable processor outside the battlefield,” says the company.

We can’t help but think that Orca’s agreement with the Ministry of Defense is an issue in search of a solution.

At this moment, it’s anyone’s guess if quantum computers will allow tanks to become smarter and offer the UK military a large enough advantage on the battlefield.

According to New Scientist, the UK Ministry of Defense recently purchased a quantum computer to see if the technology…