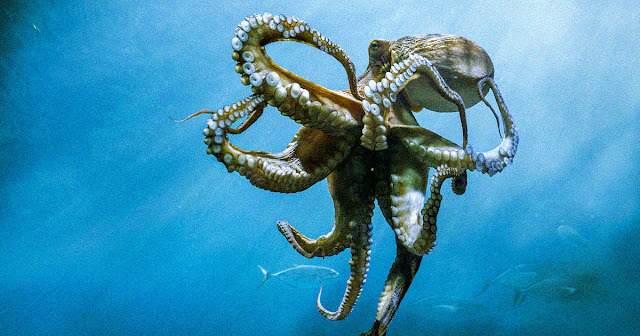 According to the nation, animals have the ability to feel “pain, pleasure, hunger, thirst, warmth, joy, comfort, and excitement.”
Experience Love

Everybody who sobbed uncontrollably during “My Octopus Teacher” already understood that octopuses are sentient, or that they are able to experience emotions like pain and pleasure. This information has now been validated by the United Kingdom.
According to a press statement from the UK Department for Environment, Food & Rural Affairs, the nation is amending its Animal Welfare Sentience Bill to recognize octopus, crabs, squids, and lobsters as well as “all other decapod crustaceans and cephalopod molluscs” as sentient beings. The measure seeks to guarantee that animal sensibility is considered when creating governmental policy, and as such may have an impact on discussions of animal rights and dietary preferences.

According to current scientific evidence, decapods and cephalopods are capable of feeling pain, therefore it is only fair that this crucial piece of law extends to them, said Lord Zac Goldsmith, Minister for Animal Welfare.
Joy and Solace

An exhaustive investigation by the London School of Economics and Political Science revealed that these organisms are capable of experiencing, which prompted the update “Hunger, thirst, thirst, warmth, joy, comfort, and excitement are all emotions.
According to the press release, this is caused by the organisms’ “complex central nervous systems, one of the essential markers of sentience.”
According to the study, “[our] conclusion is that the time has come to explicitly include cephalopod molluscs and decapod crustaceans in UK animal welfare law” and “to take commensurate actions to restrict activities that are a source of reasonable and widespread animal welfare concerns.”
It’s important to note that the press release emphasized that the law would not affect current maritime industry operations and practices; rather, it will only have an impact on future government decisions. It’s nonetheless encouraging to see that a big international power is making a concerted effort to acknowledge the existence of the animals and the possibility that they may not love being cooked alive for tasty meat.