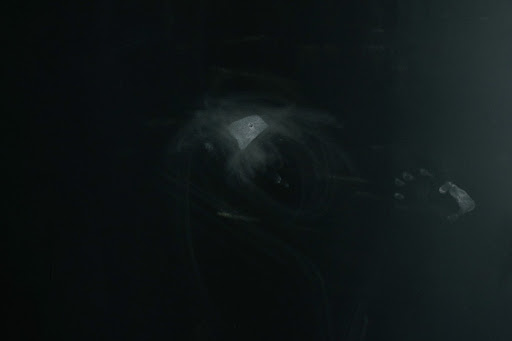 In the infinite vastness of the universe, it is likely that many, if not most, objects escape the realm of human notice completely.
Even Einstein, a theoretical physicist, can only tell us so much about what could or might not be out there. To put it another way, there are certain things that theory predicts should not exist, yet nevertheless do. One such entity is the white hole, which is the black hole’s theoretical opposite.

What is a white hole?

The easiest way to think of a white hole is as a black hole in reverse.
White holes aren’t just black holes with a fresh coat of paint. Despite their name, they are supposed to resemble black holes in appearance. Almost similar – a cosmic twin, if you will. A crew of astronauts approaching one would have a hard time distinguishing the two.
However, astronauts would be able to spot a white hole right away since there would be no big gravity well threatening to draw them in if they got too close. That’s because black holes and white holes are functional polar opposites.
A black hole may suck in all neighboring stuff and compress it with enough power to tear it apart at the atomic level, whereas white holes have no such ‘pull.’
So, how does a white hole differ from a black hole? Everything is based on a black hole’s defining feature. Despite the popular perception of black holes dragging neighboring stuff into a cosmic abyss, its distinguishing feature is a gravitational field so intense that no matter, radiation, or even light can escape. It’s still bleak, but in a new manner.
In the case of a white hole, the opposite is true: nothing can go in. Nothing, not light, not matter, can enter through this cosmic gate. A white hole, on the other hand, would perpetually spew matter and light, but while stuff inside a white hole can leave, it cannot return.

How does a white hole form?

There are various hypotheses on how white holes arise since they are thought to be closely related to black holes.
In 1964, Russian cosmologist Igor Novikov proposed the theory of white holes. As part of a solution to Einstein’s field equations, Novikov proposed the concept of white holes as a cosmic twin to black holes, based on the work of German scientist Karl Schwarzchild, who characterized the spacetime geometry of empty space surrounding any spherical object.
In his answers to Einstein’s field equations, Schwarzchild predicted that if a mass was crushed inside a certain radius (now known as the Schwarzschild radius), its gravity would become so powerful that not even light could escape — in other words, it would turn into a black hole.
Between the event horizons of a black hole and a theoretical ‘negative’ version of the singularity, Schwartzchild’s description included the possibility of a theoretical ‘twin’ for the black hole, as well as what we now call wormholes — folds in spacetime that objects in space can theoretically pass through to cross great distances near-instantaneously.
Martin David Kruskal, a mathematician, expanded Schwarzchild’s work in 1960 to include a mirror of the black hole singularity, but it was Novikov who evolved this into the concept of a white hole.
Physicists used to approach the idea of white holes as a mathematical exercise; they could be proven to be theoretically conceivable, but they were thought to be impossible in “real life.” One reason for this was that no one could figure out how they created – a black hole is generated when a star collapses, but the opposite — a black hole erupts into a star — would appear to defy the rules of entropy.
According to another idea, white holes aren’t twins of black holes, but rather what happens to a black hole when it dies, although for a very brief duration.
However, scientist Stephen Hawking’s research showed that black holes can generate thermal radiation (Hawking radiation) as a result of the continuous conversion of quantum vacuum fluctuations surrounding the black hole into pairs of particles and anti-particles. The positive particle escapes while the negative anti-particle falls into the black hole, causing mass loss. Hawking radiation diminishes the mass and rotational energy of black holes over time, perhaps causing them to evaporate.
However, this raises several issues. One is what happens to the information that a black hole swallows if it can evaporate. This information can neither escape nor be removed, according to general relativity and quantum physics. According to certain theoretical physicists, it travels through a wormhole before emerging from a white hole.
Some scientists believe that if a black hole shrinks enough, it will become a white hole. On the exterior, this white hole would be tiny, but on the inside, it would hold most of the information ingested by the black hole, which would emerge over time. Others have speculated that the Big Bang’s explosion may have been the release of information from a white hole.
White hole gravity
White holes may likewise require a specific theoretical lens to be demonstrated, similar to how what happens at the heart of a black hole’s singularity requires one to expand their knowledge of classical gravity.
The concept of loop quantum gravity – now a far-fetched hypothesis on the outside of mainstream physics – is the closest thing we’ve seen.
According to this theory, space-time — the central notion of Einstein’s seminal work on relativity — is made up of a series of ‘loops’ that connect everything in a never-ending network of nodes. These loops connect space, which is viewed as blocks in this theory, and may prevent dying stars from collapsing into infinite density points, instead recoiling and converting into white holes.
Many of the supernovae astronomers have witnessed over the years might turn out to be markers of a white hole’s creation and death, similar to some of the ideas surrounding GRB 060614, if the approach of loop quantum gravity to white holes is shown as possible.