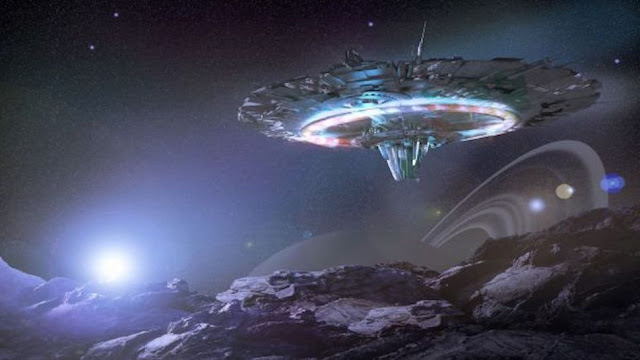 Advanced civilizations can be destined for extinction or stagnation.
Why, to our knowledge, have aliens never visited Earth? Scientists have been baffled by this mystery for many years, but two researchers have proposed an unsettling theory: It’s possible that advanced civilizations are destined to either stagnate or perish before they get a chance.
According to the new theory, space-faring civilizations ultimately reach a crisis point when scientific advancement can no longer keep up with the need for energy as they expand in size and technical sophistication. The next step is collapse. The only other option, according to the researchers, is to reject a concept of “unyielding expansion” in favor of preserving equilibrium, but this comes at the expense of a civilization’s capacity to spread across the stars.
The argument seeks to resolve the Fermi Paradox and was published on May 4 in the journal Royal Society Open Science. The paradox highlights the discrepancy between the vast scope and age of the universe, two factors that suggest the universe should be teeming with advanced alien life, and the lack of evidence that extraterrestrials exist anywhere in sight. It takes its name from the casual lunchtime musings of Nobel Prize-winning physicist Enrico Fermi. “So, where are you all?” It is believed that Fermi said.

The authors of the current study claim to have the solution.

Astrobiologists Michael Wong of the Carnegie Institution for Science and Stuart Bartlett of the California Institute of Technology wrote in the study that civilizations are difficult to detect remotely because they either collapse from burnout or refocus on prioritizing homeostasis(opens in new tab), a state where cosmic expansion is no longer a goal. The apparent lack of [galactic-wide] civilizations would be compatible with either conclusion, homeostatic awakening or civilization collapse.
The two looked into studies of cities’ “superlinear” expansion to arrive at their theory. According to these research, cities grow exponentially in size and energy demand as their people rise, ultimately reaching crisis points known as singularities that induce sharp drops in growth before an even more abrupt, perhaps civilization-ending collapse.
“We believe that a planetary society would encounter a ‘asymptotic burnout,’ an ultimate crisis where the singularity-interval time scale becomes smaller than the time scale of innovation,’ once it evolves into a state that can be defined as one virtually connected global city,” they said.
According to the researchers, it would be simple for mankind to identify these near-collapse civilizations since they would be wasting a lot of energy in “wildly unsustainable” ways. This raises the prospect that many of humanity’s early finds of alien life may be of the clever but unwise variety, according to the researchers.
According to the researchers, civilizations might experience a “homeostatic awakening” that would refocus their production away from unrestricted progress across the stars and toward development that emphasizes social well-being, equitable, sustainable growth, and harmony with the environment. While such civilizations would not entirely give up on space travel, they wouldn’t grow to a point where contact with Earth would be likely.

The researchers mention a few of humanity’s “mini-awakenings” that addressed global crises on Earth, including the 1982 international whaling moratorium, the reduction of the world’s nuclear arsenal from 70,000 warheads to under 14,000, and the outlawing of chlorofluorocarbon emissions, which stopped the once-expanding hole in the ozone layer.
The researchers emphasize that their proposal is only a hypothesis and that it is meant to “provoke discussion, reflection, and future investigation.” It is based on the observation of principles that appear to regulate life on Earth.

Their hypothesis joins a plethora of other scientific and popular hypotheses on why we haven’t established direct contact with extraterrestrial visitors. These include the enormous practical difficulties posed by interstellar travel, the possibility that extraterrestrials are in fact paying a covert visit, or the possibility that extraterrestrials arrived on Earth too early (or humans too early) in the history of the cosmos for direct contact.
Another theory suggests that it could take as long as 400,000 years for a signal sent by one advanced species to be received by another, a timescale that is much longer than the short time humans have been able to scan the skies. This theory was published on April 4 in The Astrophysics Journal.