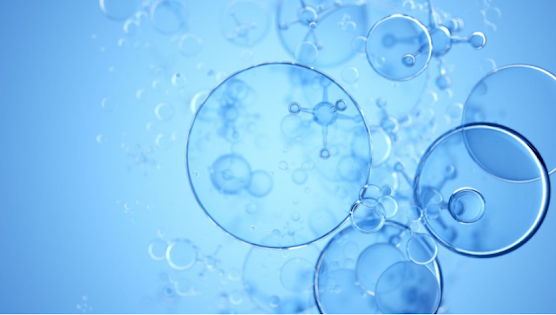 Solar energy may be used for large-scale hydrogen energy generation, according to a team of researchers from the University of Strathclyde. Despite the fact that hydrogen is one of the cleanest forms of energy, we still get the majority of it from fossil fuels. Natural gas plants are responsible for 95% of the hydrogen generated in the United States, according to a frightening research from the US Department of Energy.
Large volumes of greenhouse gases are discharged into the environment as a result of these fossil-fuel-powered hydrogen generation processes. These gases exacerbate the present global climate problem. This can be avoided if a green and sustainable method of hydrogen production is discovered.
In a recent article published in Angewandte Chemie, a scientific publication published by the German Chemical Society, researchers from the University of Strathclyde described one such strategy.

The creation of green hydrogen from water necessitates the use of a substance that can use light to break down water into hydrogen and oxygen. A photocatalyst is such a substance. In several prior studies, scientists used sacrificial electron donors to produce hydrogen.
These agents might boost hydrogen output by reducing electron and hole recombination, but they couldn’t be used for large-scale hydrogen fuel production. According to a researcher at the University of Strathclyde, huge amounts of storable hydrogen may be created by photocatalyzing water in the presence of sunshine with a particulate conjugated polymer containing an iridium metal catalyst.
“Conjugated polymers (loaded with material like Iridium) have significant potential due to their tunability by chemical synthesis allowing for better materials design in the future” said Principal researcher Sebastian Sprick when asked about the significance of the conjugate polymer.
“Research will focus now on replacing these rare metal catalysts to allow for scale-up of materials to tackle hydrogen production at scale efficiently” Sprick continues.
Previous research has found that the most difficult aspect of producing green hydrogen is ensuring the availability of a large renewable power source. Solar power is a convenient and sustainable form of energy that is abundant on the planet. According to Sprick and his colleagues, photocatalytic water splitting under the influence of sunshine can be the most efficient and pure approach to manufacture green hydrogen on a big scale.
The amount of solar energy that reaches Earth in an hour, for example, is more than enough to supply world power demands for a year. A study published in Nature last year found that photocatalysis powered by solar energy is a cost-effective and efficient method of producing hydrogen.
According to Sprick, “the reported photocatalyst can access solar energy through energetically unfavorable processes to generate a storable energy carrier in the form of hydrogen from water. The hydrogen then can be converted cleanly into electricity in a fuel cell with water being the only side-product.”

Is green hydrogen the future?

Solar photocatalysis using conjugate polymers produces hydrogen without releasing carbon. When this hydrogen is converted into a hydrogen fuel cell, no greenhouse gases are emitted. As a result, this approach may produce nearly pure and environmentally friendly hydrogen.
According to a research by the International Energy Agency, green hydrogen has great promise since it may reduce our reliance on fossil fuels while also lowering global carbon emissions. Industries that now produce a lot of pollution owing to traditional fuels, such as shipping, petroleum refining, transportation, and aerospace, can use green hydrogen to become almost pollution-free.
The UK government said last year that they want to manufacture enough hydrogen fuel to cover the energy needs of three million households by 2030. A hydrogen-based network is also being developed by the country’s national grid to create renewable power. The French government is investing heavily in expanding its green hydrogen generation. According to a market study, France would invest $7.28 billion (7 billion euros) to accomplish its green hydrogen ambitions by the end of this decade.
Green hydrogen is the future fuel for many countries and enterprises. It’s environmentally friendly, efficient, and has the potential to help us expedite our efforts to counteract climate change. However, researchers at the University of Strathclyde believe there are still numerous obstacles in the way of achieving long-term green hydrogen generation and they are working on these challenges.