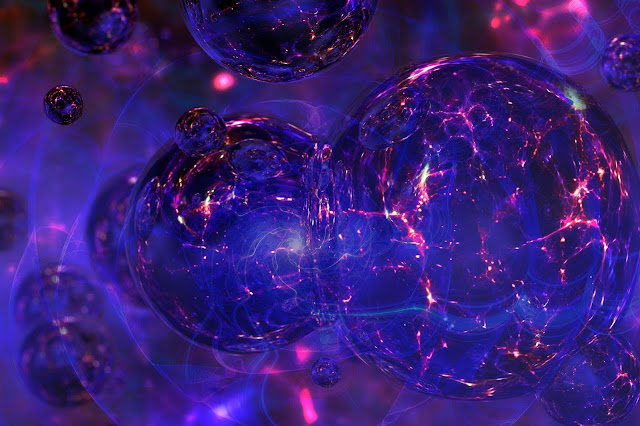 Astronomy is undergoing a revolution. In fact, you might argue there are a number of them. Exoplanet research has progressed significantly in the last ten years, gravitational wave astronomy has developed as a new area, and the first photographs of supermassive black holes (SMBHs) have been taken.

Interferometry, a similar subject, has evolved tremendously as a result of very sensitive sensors and the ability to exchange and integrate data from observatories all over the world. The science of very-long baseline interferometry (VLBI) in particular is opening up completely new realms of potential.

According to a recent study by Australian and Singaporean researchers, a novel quantum approach might improve optical VLBI. STIRAP stands for Stimulated Raman Adiabatic Passage, and it allows quantum data to be transported without loss.

This approach, if imprinted into a quantum error correcting code, might allow VLBI observations at hitherto unobservable wavelengths. This technology, when combined with next-generation detectors, might enable for more precise investigations of black holes, exoplanets, the Solar System, and distant star surfaces.

Zixin Huang, a postdoctoral research researcher at Macquarie University’s Centre for Engineered Quantum Systems (EQuS) in Sydney, Australia, led the study. Gavin Brennan, a professor of theoretical physics at the National University of Singapore (NUSDepartment )’s of Electrical and Computer Engineering and the Centre of Quantum Technologies, and Yingkai Ouyang, a senior research fellow at NUS’s Centre of Quantum Technologies, accompanied her.
To put it another way, interferometry is a method that involves combining light from several telescopes to make photographs of an object that would otherwise be impossible to resolve.
Very-long baseline interferometry is a radio astronomy technique that combines signals from astronomical radio sources (black holes, quasars, pulsars, star-forming nebulae, and so on) to provide precise pictures of their structure and activity.
VLBI has produced the most comprehensive photographs of the stars that circle Sagitarrius A* (Sgr A*), the SMBH in the heart of our galaxy, in recent years. It also enabled the Event Horizon Telescope (EHT) Collaboration to take the first picture of a black hole (M87*) and Sgr A*!
Classical interferometry, however, is still hampered by various physical restrictions, including information loss, noise, and the fact that the light collected is typically quantum in origin, as they pointed out in their work (where photons are entangled). VLBI might be utilized for considerably finer astronomical surveys if these restrictions are addressed.
“Current state-of-the-art big baseline imaging systems work in the microwave band of the electromagnetic spectrum,” Dr. Huang told Universe Today via email. To achieve optical interferometry, all components of the interferometer must be stable to within a fraction of a wavelength of light, allowing light to interfere.
This is extremely difficult to do over long distances: noise sources include the device itself, thermal expansion and contraction, vibration, and so on; besides, there are losses connected with the optical components.
“The goal of this line of study is to enable us to transition from microwaves to optical frequencies; these approaches are also applicable to infrared. In the microwave, we can already do large-baseline interferometry. However, at optical frequencies, even the fastest electronics cannot directly record the oscillations of the electric field, making this task extremely difficult.”
According to Dr. Huang and her team, using quantum communication techniques like Stimulated Raman Adiabatic Passage is the key to overcome these constraints. STIRAP works by transferring optical information between two quantum states utilizing two coherent light pulses.
According to Huang, when used to VLBI, it would enable efficient and selective population transfers between quantum states without the normal difficulties of noise or loss.
The mechanism they foresee would entail coherently coupling the starlight into “black” atomic states that do not radiate, as they describe in their study (“Imaging stars via quantum error correction”).
According to Huang, the next step is to combine the light with quantum error correction (QEC), a quantum computing approach that protects quantum information from mistakes caused by decoherence and other “quantum noise.”
However, as Huang points out, this same approach might enable more precise and detailed interferometry:
“To simulate a huge optical interferometer, light must be gathered and processed in a coherent manner, and we suggest using quantum error correction to reduce mistakes caused by loss and noise in this process.”
“Quantum error correction is a fast growing field whose primary goal is to enable scalable quantum computing in the face of mistakes.” We can retrieve the information we need from starlight while decreasing noise using pre-distributed entanglement in conjunction with it.”
To put their idea to the test, the researchers imagined a situation in which celestial light is collected by two facilities (Alice and Bob) separated by a large distance.
Each has pre-distributed entanglement and “quantum memory” into which the light is trapped, as well as its own set of quantum data (qubits) that it converts into some QEC code. A decoder imprints the acquired quantum states onto a common QEC code, which secures the data from future noisy operations.
The signal is recorded into quantum memory in the “encoder” step using the STIRAP technology, which allows incoming light to be coherently linked into a non-radiative state of an atom.
It would be a game-changer for interferometry to be able to collect light from astronomical sources that accounts for quantum states (and removes quantum noise and information loss). Furthermore, these advancements would have far-reaching repercussions for other branches of astronomy that are now undergoing transformations.
“Such a quantum imaging network would boost imaging resolution by three to five orders of magnitude by shifting into optical frequencies,” Huang added.
“It would be strong enough to photograph tiny planets orbiting nearby stars, features of solar systems, kinematics of stellar surfaces, accretion disks, and perhaps details surrounding black hole event horizons — none of which can be resolved by present programs.”
The James Webb Space Telescope (JWST) will characterize exoplanet atmospheres like never before in the near future, thanks to its sophisticated array of infrared imaging equipment. Ground-based observatories such as the Extremely Large Telescope (ELT), Giant Magellan Telescope (GMT), and Thirty Meter Telescope are no exception (TMT).
These observatories will permit direct imaging investigations of exoplanets, revealing vital information about their surfaces and atmospheres, thanks to their enormous main mirrors, adaptive optics, coronagraphs, and spectrometers.
Observatories will have another means to obtain photos of some of the most inaccessible and difficult-to-see objects in our Universe by combining new quantum techniques with VLBI. The secrets that this might uncover are certain to be revolutionary (for the last time, I swear!)!