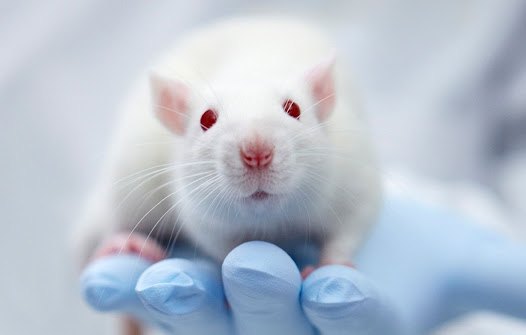 Rodents, fruit flies, and yeast appear to benefit greatly from low-protein diets in terms of health and lifespan.

A recent mouse study has discovered a single hormone that is required for these strange anti-aging benefits.

The hormone in question is fibroblast growth factor 21 (FGF21), which is produced by the liver.

Now, the same team of researchers has found FGF21 is required for the anti-aging effects, too.

“Indeed, mice that are FGF21 deficient are not only resistant to the health [benefits] of [protein restriction], but they also exhibit early-onset weight loss, increased frailty, and reduced lifespan when fed a low-protein diet,” the scientists write.

The new findings imply that protein restriction’s pro-longevity benefits are mediated by a single hormone, which is also found in humans.

Although it is uncertain if FGF21 has the same role in people as it does in mice, research on humans reveal that low-protein, high-carbohydrate diets may have similar metabolic benefits. The circulating FGF21 is likewise affected by these macronutrients.

Male mice with the FGF21 gene knocked out and fed a low-protein diet had a shorter natural lifetime than normal mice on the same diet.

The mice without the FGF21 gene generally grew up to be larger and less lean. Researchers say they had “completely lost” their tolerance for glucose. As these mice began to naturally age, they began to lose weight considerably sooner and became frailer than mice who had their FGF21 genes intact.

On a long-term low-protein diet, adult mice generating FGF21 seemed healthier and more physically strong, according to researchers. Their coats were not as scruffy or spotty as those of mice lacking the FGF21 gene.

In summary, the data imply that protein restriction decreases frailty in normal mice as they age, and that this process is regulated by the FGF21 signaling pathway.

FGF21 has a variety of functions, but it is best recognized for regulating sugar intake, and the way it reacts to specific macronutrients has an effect on the brain.

Previous study by the same authors found that long-term low-protein diets activate FGF21 in the mouse brain, causing people to pick meals that are lower in fat and carbs and higher in protein when offered a choice.

“Our data suggest that FGF21 talks to the brain, and that without this signal the mouse doesn’t ‘know’ that it is eating a low-protein diet. As a result, the mouse fails to adaptively change its metabolism or feeding behavior,” explains Louisiana State University neuroscientist Christopher Morrison.

The results might explain why mice’s lifespans are extended when their protein consumption is reduced. It’s worth noting, however, that this study only looked at male animals. Female mice may not react as strongly to similar diets as male mice.

Nonetheless, this is the first study to uncover a particular hormone that regulates the health benefits of a low-protein diet.