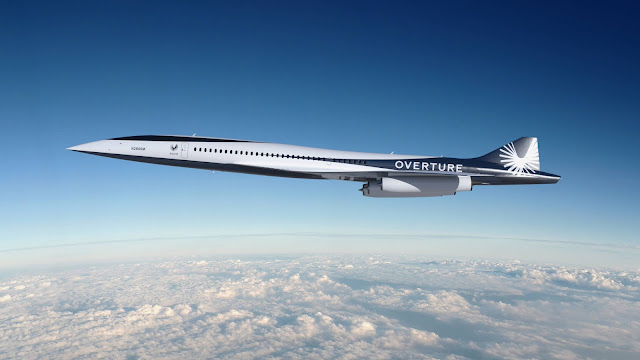 Today, American Airlines announced the acquisition of 20 Boom Supersonic Overture aircraft, claiming that the flight time from Miami to London will be cut in half.

According to AA, the Overture would take just under 5 hours to fly from Miami to London. Over water, speeds would be twice as fast as the fastest jets now in use.

Los Angeles to Honolulu, which also mostly travels over sea, is the second route that AA has identified as possibly benefiting from the new aircraft.

65 to 80 people can be accommodated on board the aircraft.

American has made a non-refundable deposit on 20 of the planes and has options for another 40, making it the country with the biggest supersonic fleet.

Boom Supersonic Overtures are expected to debut in 2025, with the first commercial flight taking place in 2029.