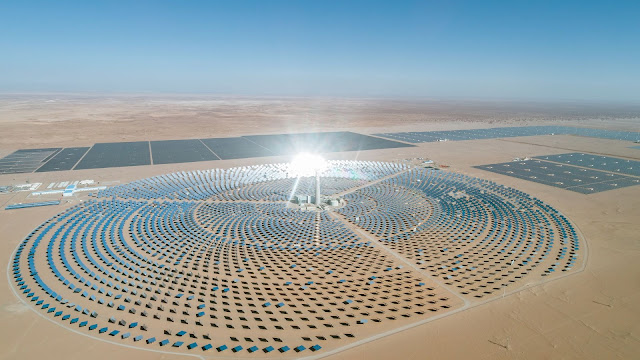 We must “use clean technology at a far higher scale” to combat climate change.
A $44 million fundraising round for an automated solar farm building farm was recently co-led by Breakthrough Energy Ventures.

The company Terabase Energy wants to use robotic arms to construct solar farms that are “terawatt scale.”

Bill Gates recently promised to donate a significant portion of his wealth to charities and worthwhile causes.

According to a press release, $44 million has been invested in the solar business Terabase Energy by Breakthrough Energy Ventures, a venture capital firm that focuses on finding solutions to climate change and is backed by people like Bill Gates.

The venture capital company, which is well-known for its support of Amp Robotics and Lime, co-led the Terabase purchase with investor Prelude Ventures. With this round, Terabase Energy’s funding has reached $52 million.

The co-founder and CEO of the business, Matt Campbell, claims that Terabase Energy’s objective is to construct robotic solar farms on a “terawatt scale.”

Construction of solar farms is accelerated by automation.

Large solar panels are lifted and attached to sun trackers by robotic arms in the company’s automated on-site facility. The ability of this automated manufacturing to operate around-the-clock enables it to speed up plant building while lowering construction expenses. In addition to creating software tools, Terabase manages solar farm design and construction.

According to Campbell, “This investment provides validation of our idea for quickly implementing solar at the Terawatt scale. “The first Terawatt (one million Megawatts) of solar energy was built in the globe fifty years ago, but to reach the global decarbonization objectives, we need to build at least 50 more Terawatts as soon as feasible.”
Despite offering its services to paying clients, Terabase has so far kept much of its technology under wraps. Ten megawatts worth of panels were purportedly installed as part of the company’s first commercial operation. A terawatt is equal to one million megawatts, hence the startup will have a difficult time achieving its terawatt scale objectives. “The only way to effectively address the climate catastrophe is to spread clean technology to more sectors of the economy than we have in the past. We are thrilled to be a Terabase partner since the Terabase platform is an innovative technology that will accelerate the deployment of additional solar “said Sheldon Kimber, CEO of Terabase client Intersect Power.

Breakthrough Energy Ventures, formed by Bill Gates to support climate change initiatives, is governed by a prestigious and affluent board that includes Jeff Bezos and Masayoshi Son. The Arizona-based business Source Global, which creates water out of thin air, was recently supported by the VC firm as well. Source Global uses blowers to suck in outside air and a specifically designed panel to collect water through condensation.

Gates has declared his intention to progressively drop from the list of the richest people in the world, beginning with a $20 billion donation to the Bill and Melinda Gates Foundation (B&MGF).

The Microsoft founder has invested a large portion of his money towards companies and solutions for climate change. Elon Musk, the CEO of Tesla and SpaceX, recently questioned his track record in a fairly petulant manner. Around the same time that information about Musk’s refusal to work with Gates after learning the Microsoft founder had a short position in Tesla emerged, Gates was the subject of a derogatory photo Musk shared on social media. Tesla is battling the impacts of climate change more than any other corporation, according to Musk at the time.