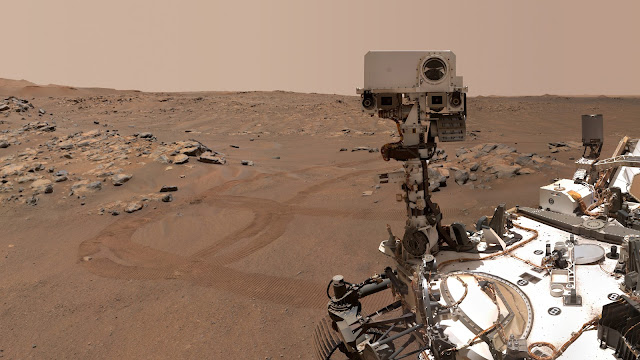 A few months ago, NASA said that it had successfully produced oxygen for the first time on Mars.
Comprehensive results from the experiment, which was tested seven times in various environments, night and day, and throughout two Martian seasons, show that the Mars Oxygen In-Situ Resource Utilization Experiment (MOXIE) can now reliably generate oxygen.
The experiment, according to Science Advances, was able to provide 6 grammes (0.2 ounces) of oxygen every hour, or roughly the pace of a small tree on Earth. This may seem little, but it showed that the technology is up to the difficult work that lies ahead.
According to MOXIE deputy principal investigator Jeffrey Hoffman of the Massachusetts Institute of Technology, “this is the first demonstration of actually using resources on the surface of another planetary body, and transforming them chemically into something that would be useful for a human mission.” “In that regard, it is historic.

Because MOXIE is just one of several instruments on Perseverance, it cannot run continuously like a full-scale version. Before beginning work, the warming up process takes hours. Air on Mars is cleaned before it is compressed. Following that, the air is sent through the SOXE, which separates it into oxygen and carbon monoxide. An hour is spent on this procedure.
Hoffman stated that “Mars’ atmosphere is far more changeable than Earth’s.” “Throughout the year, the temperature can change by 100 degrees and the air density can vary by a factor of two. One goal is to demonstrate that we can run year-round.
Under constrained circumstances, in the autumn and winter, and at different times of the day and night, MOXIE has been demonstrated to produce oxygen. In the spring, when the weather changes quickly, the team intends to test it.

Michael Hecht, the MOXIE mission’s main investigator at MIT’s Haystack Observatory, said, “The only thing we haven’t proved is running during dawn or dusk, when the temperature is changing significantly. We do have a trick under our sleeves that will enable us to achieve that, and after we test it in the lab, we can accomplish that last goal to demonstrate that we can actually run at any time.
The aim is to produce enough oxygen to fuel the Mars Ascent Vehicle, which will return the astronauts to orbit and eventually to Earth, as well as to maintain many astronauts.

A scaled-up MOXIE would produce about 2 to 3 kilograms (4.5 to 6.5 pounds) of oxygen per hour, enough for a crew of six to arrive 26 months later. an event that is quite likely to occur that demonstrates the effectiveness of this tactic.

Hoffman added, “We have to transport a lot of gear from Earth, including computers, spacesuits, and housing, to enable a human voyage to Mars. But that stupid oxygen? Go for it if you can get there; you’ll be much ahead of the game.

The crew can’t wait to test MOXIE in the spring. To find out how much oxygen the gadget can create, they want to push it to its limits using denser air.