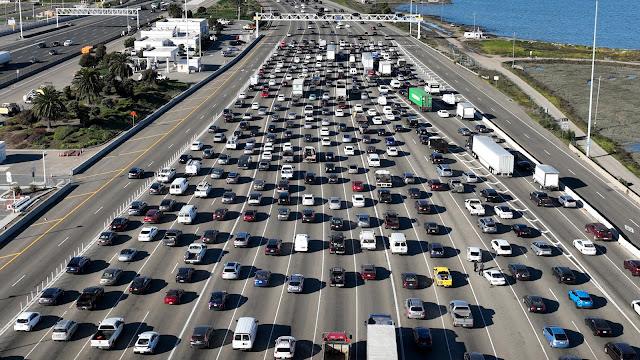 The strict regulations, which will prohibit the sale of new gasoline vehicles by 2035 and set intermediate goals to phase them out, were approved by California’s air regulators on Thursday.
The law would be one of the first of its kind globally and is significant for the US. Given the size of California’s economy and the likelihood that other states may enact regulations along similar lines, it has significant consequences for the US automobile market.

Daniel Sperling, a member of the California Air Resources Board, told CNN that “this is enormous.” “The most significant action CARB has taken in the past 30 years is this. Not only is it significant for California, but also for the rest of the nation and the entire globe.”

In addition, interim quotas for zero-emission cars, with a concentration on new models, would be imposed under the board’s new regulations. 35% of new cars, SUVs, and compact trucks sold in California starting in 2026 must be zero-emission vehicles. It is anticipated that this quota will rise each year, reaching 51% of all new car sales in 2028, 68% in 2030, and 100% in 2035. The rules would also let plug-in hybrids to make up 20% of sales zero-emission vehicles.

Used cars might continue to be driven on the roads because the restrictions wouldn’t affect them. According to Sperling, the regulations won’t take effect right away but rather in 2026.

It is anticipated that many states would do the same. Already, 15 states have adopted California’s earlier zero-emission car laws, including Colorado, Minnesota, and states in the Northeast and West Coast.

According to Alex Stack, a spokeswoman for California Governor Gavin Newsom, California doesn’t have a precise tally of how many of those states will embrace the 2035 ban on the sale of new gas vehicles, but it expects the “majority of the states to follow.” While New Jersey and Maryland authorities said they were examining California’s decision, officials from New York, Oregon, Washington state, and Rhode Island confirmed to CNN that they planned to implement California’s regulation through their own rule-making process. A similar idea in Washington state will be open for public feedback beginning September 7.

Washington Gov. Jay Inslee said in a statement to CNN that Washington is ready to implement these same standards by the end of the year because “this is an important milestone in our climate battle.” “We look forward to working with other states and the Biden Administration to significantly cut the nation’s main source of greenhouse gas emissions,” the statement reads.

Basil Seggos, commissioner of the New York State Department of Environmental Conservation, said in a statement to CNN that California’s decision on Thursday “unlocks New York’s authority to enact the same legislation.”

Sperling claimed that the US car sector may change if the majority of these states follow California’s example.

According to Sperling, “This is a sizable portion of the US market.” “A large portion of the country will be moving forward even if the feds don’t move on a regulatory viewpoint.”

According to Sperling, “the car industry observe what’s occurring in China and Europe.” Many of them have already announced that they would switch entirely to electric vehicles.

The decision on Thursday is the result of years of preparation; Governor Gavin Newsom issued an executive order in 2020 requiring all vehicles sold in the state to be zero-emission by 2035.

Eleni Kounalakis, the lieutenant governor of California, said to CNN’s Kate Bolduan on Thursday that the goal of the new criteria is to “establish the route to get there.”