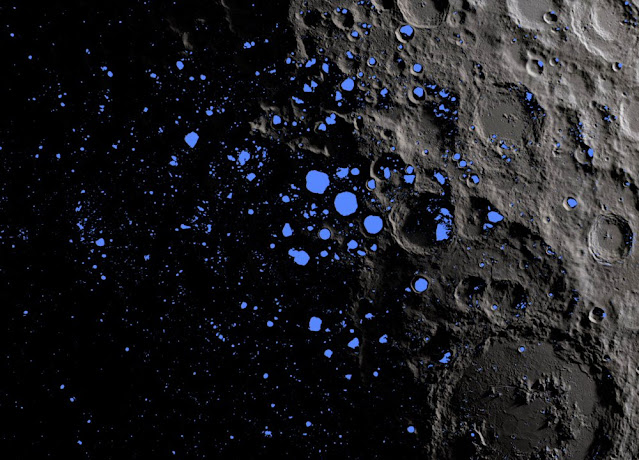 Water was discovered on the moon by China’s Chang’e 5 lunar landing and sampling mission, both on-site and in items transported to Earth.
In December 2020, the daring Chang’e 5 expedition landed on the moon, drilling for and picking up the youngest lunar samples ever collected. Chang’e 5’s samples were returned to Earth later that month after an ascent vehicle launched from the mission’s landing location in Oceanus Procellarum (the Sea of Storms). Scientists have recently announced that a spectrum scan of the surface by the lander and analysis of samples in laboratories on Earth both indicate the presence of water in the region.
“For the first time in the world, laboratory analysis of lunar return samples and spectral data from in-situ lunar surface surveys were used together to examine the presence, form, and amount of ‘water’ in lunar samples,” said co-author Li Chunlai, a planetary scientist at the Chinese Academy of Sciences’ National Astronomical Observatories (NAOC).
However, the findings do not hint to large reservoirs on the lunar surface. Rather, the findings suggest that the moon’s rocks and soil contain roughly 30 hydroxyl parts per million on average; hydroxyl, which has one oxygen atom and one hydrogen atom, is the primary component of water.
The researchers also determined that the water supply is mostly native to the moon and is found in the form of a crystalline mineral called apatite. The solar wind, a continual stream of charged particles traveling from the sun and across the solar system that bombards the moon and implants particles on its surface, appears to have provided less hydroxyl than predicted.
“The results give a ground truth for the interpretation and estimation of water signals in remote sensing survey data and accurately address the question of the distribution features and source of water in the Chang’e 5 landing zone,” Li noted.
On Tuesday, the findings were published in Nature Communications(opens in new tab) (June 14).
Future Chang’e missions, according to Li, will focus on water in order to develop a more complete picture of lunar water, with Chang’e 7 focusing on probable water-ice at the lunar south pole.