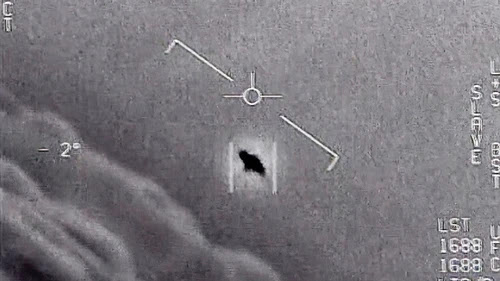 The Pentagon is instructed under the new budget for the American intelligence services to concentrate its UFO study on those objects that it is unable to identify.

Congress appears to have confessed something astonishing in paper after years of discoveries of eerie sky phenomena, first-hand accounts from Navy pilots regarding UFOs, and governmental investigations: it doesn’t think all UFOs are “man-made.”

Congress made two stunning allegations in a study that is an addition to the Intelligence Authorization Act for Fiscal Year 2023, the budget that controls America’s covert agencies. First, “cross-domain transmedium risks to the national security of the United States are growing rapidly.” The second is its desire to differentiate between UFOs with human origins and those without: The paper indicates that items that are temporarily not ascribed or those that are conclusively determined to be man-made following analysis will be forwarded to the proper offices and should not be regarded as unexplained aerospace-undersea phenomena.

The statement is shocking mostly because many lawmakers have refrained from asserting that the unexplained flying objects were extraterrestrial or extradimensional in origin as more information regarding the U.S. government’s research of UFOs has been available. The conventional wisdom holds that if UFOs are real, they are probably highly developed yet man-made vehicles. In response to a direct question on The Late Show with James Corden, for instance, Obama declined to affirm the presence of aliens but did state that a lot of unusual things have been spotted in the sky recently. Now, however, Congress appears to want to make a clear distinction between “man-made” and non-man-made goods.

According to the Pentagon, a “cross-domain transmedium” danger is one that has the ability to travel mysteriously between the sea, the air, and the space. The Pentagon declared in July that the All-domain Anomaly Resolution Office (AARO) will be established to look into these dangers. The proposed legislation would change the government’s categorization for UFOs, Unidentified Aerial Phenomena, to Unidentified Aerospace-Undersea Phenomena and rename the Pentagon’s office to reflect the new classification. A UFO looked to be fluidly flying beneath the waves in a leaked footage that was authenticated by the Pentagon as being released last year.
Senator Marco Rubio, vice head of the Senate Select Committee charged with supervising intelligence and the author of the report, has stated in the past that he prefers the UFOs to be extraterrestrial beings rather than foreign weaponry.
Of course, a big mystery is why Congress seems to be publicly acknowledging this now. Legislators, after all, have access to information that the general public does not. The inclusion of such exceptional wording in public legislation without strong justification defies belief, according to Marik von Rennenkampff, a former DoD official under President Obama, who wrote an opinion piece about the budget in The Hill. The op-ed claims that UFO researcher Douglas Johnson first discovered the comments.
Von Rennenkampff stated, “This means that members of the Senate Intelligence Committee think (unanimously, bipartisanly) that some UFOs have non-human origins. After instance, if non-“man-made” UFOs don’t exist, why would Congress create and charge a strong new office with looking into them?
Make no mistake: The suggestion that UFOs may not have originated from humans by a part of the American government is an explosive development.
American lawmakers from both parties have long pressed the Pentagon to identify the unusual lights that their countrymen are spotting in the sky. A report outlining more than 100 sightings that it looked into was published by the DoD in 2021. It claimed that some of the phenomena it observed could not be explained by the models used by science today and requested for additional time and resources to investigate the phenomenon. They now have it thanks to Congress, which is pushing the Pentagon to concentrate entirely on non-human hand-designed items.