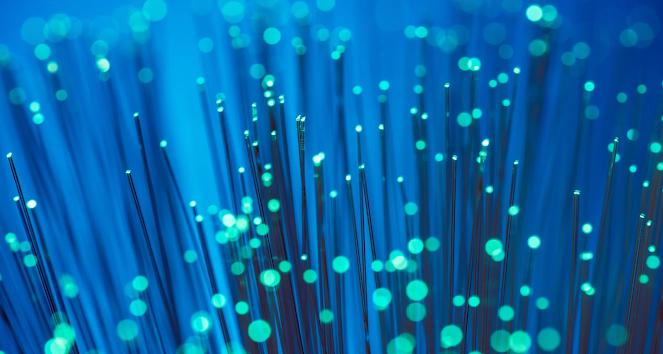 More than two-thirds of the Earth’s surface is covered by the ocean. This fact presents a difficulty for seismologists, oceanographers, and others who want to continuously track our planet’s motions. Important data—on things like earthquakes and seismic hazards—can be difficult to come by in the seas.
However, just because the oceans are mysterious doesn’t imply they’re devoid of infrastructure: take, for example, the roughly 750,000 miles of telecommunications cables that allow the internet to connect continents. Scientists are aware of this.
They’ve started tinkering with the infrastructure for earthquake detection.
Their most recent move was to use a trans-Atlantic cable to locate earthquakes, as reported in a research published in Science on May 20. Two earthquakes were identified by the researchers, lead by Giuseppe Marra of the UK’s National Physical Laboratory, one of which originated half a world away.
“We have very limited sensing offshore. Very limited. It’s ridiculous, what we have,” says Zack Spica, a seismologist at the University of Michigan who was not involved in the research. “But, now, we are realizing that we have, actually, thousands of possible sensors out there, so we could possibly start digging into it and start watching what’s going on.”
Optical fibers are now braided into an elaborate web spread across the globe by telecommunications corporations. These wires are unseen yet vital parts of the internet’s operation. They not only connect hemispheres, but they also provide vital communication to more remote areas of the globe.
It’s not a novel concept to use cables for underwater sensing. The concept was based on bespoke, specialized cables at initially. During the early stages of the Cold War, the US Navy experimented using them as a means of identifying Soviet submarines. Since the 1960s, earthquake detecting cables have been tested by scientists in both California and Japan.
However, because building specific equipment is costly, scientists have begun to use what is already available in the twenty-first century, aided by the telecoms industry’s greater acceptance of the concept.
A technique known as distributed acoustic sensing is perhaps the most well-known method (DAS). To accomplish this, scientists use one end of the cable to fire brief light pulses. If the cable is shook by an earthquake, the tremors will reflect some of the light back to the sender, who can use it to figure out what happened and where it happened.
Although many scientists have welcomed DAS, it does have one significant drawback: distance. The power of light (or any other signal) diminishes as it travels along a line. As a result, beyond a few dozen kilometers, DAS is difficult to detect. That is no minor effort, but what if you wanted to see thousands of miles out into the ocean?
In 2021, scientists led by Zhongwen Zhan, a Caltech seismologist, tested another method on Curie, a Google-owned cable that runs from Los Angeles to Valaparaso, Chile, parallel to the Americas’ highly active Pacific coast. The earthquake fingerprints on ordinary signal traffic across the cable were investigated by that group.
However, their system had a flaw: they couldn’t identify how far away something had occurred, only that it had occurred. “They detected earthquakes, but…they didn’t know where it was coming from,” Spica explains.
Of course, if you’re conversing with a friend from another country, your voices will easily reach each other. Because these cables are equipped with repeaters, this is the case. Repeaters take an incoming signal and magnify it to transmit it forward to the next one, much like players in a giant game of telephone (although far, far more dependable).
SMART is a proposal to equip new repeaters on future cables with inexpensive seismic, pressure, and temperature sensors. It has been endorsed by certain scientists for some years. Companies in the telecommunications industry are now paying attention: In 2025, one SMART project, a cable connecting Portugal’s mainland to its Atlantic islands, will be operational.
However, the submerged repeaters on seafloor cables have a second function: they can broadcast some of their signal back to help cable operators discover possible faults.
Marra and his colleagues took use of a built-in failsafe. They studied the signals returned from each repeater with an infrared laser transmitted through the connection. They could split an ocean-crossing wire into bite-size bits a few dozen miles long in this way.
“I know others have been thinking about how to do this,” says Bruce Howe, an oceanographer at the University of Hawai’i who also wasn’t involved in this paper, “but they did it.”
Marra’s team put their technology to the test on a trans-Atlantic cable that connects Southport, England, and Halifax, Nova Scotia. They were able to identify not just earthquakes, one of which originated in northern Peru and another in Indonesia, but also the sound of water moving in the ocean.
A few conditions apply. For one thing, according to Howe, this type of discovery isn’t typical among seismologists. The magnitude of an earthquake could not yet be measured by Marra and colleagues. It could be difficult to tell the difference between an earthquake and, instance, changes in water temperature. Multiple approaches, such as this latest technology and SMART, may be able to function together in this situation.
Many scientists are enthusiastic about the potential of wires. “I really feel that the greatest breakthroughs [in seismology] are going to be done offshore, because there is so much to explore,” Spica says.
They have the potential to greatly improve our tsunami warning systems. They could aid geologists in seeing into poorly understood areas where tectonic plates are colliding or separating, such as mid-ocean ridges. They might also be able to assist oceanographers in monitoring the effects of warming oceans.
“Money is, as always, the main obstacle,” Howe argues, “but recent progress indicates we can overcome this.”