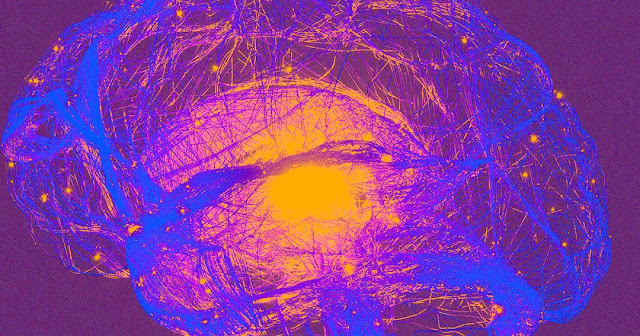 Is this the beginning of consciousness?
Scientists may be underestimating the validity of a long-standing and contentious hypothesis that contends that consciousness may be explained by quantum phenomena in the brain.
We have long been baffled by how awareness works. According to New Scientist, one theory that has historically been dismissed as being unrealistic is that the peculiar laws that control the quantum universe may be the reason why consciousness is possible for us to experience.

The fundamental idea of quantum mechanics, known as quantum superposition, states that a physical system can exist in two states simultaneously. In the 1990s, physicist Roger Penrose and anesthesiologist Stuart Hameroff hypothesized that tiny microtubules, hollow tubes that form the “skeletons” of plant and animal cells, might allow for a breakdown in the structure of space-time that interrupts quantum superposition.
The orchestrated objective reduction (Orch OR) hypothesis postulates that this dissolution of superpositions subsequently makes awareness possible.

Many scientists rejected the notion. However, according to New Scientist, the hypothesis has now gained more support.
It stated that a team at the University of Alberta in Canada, under the direction of Jack Tuszynski, has discovered that anesthetic medicines enable microtubules to re-emit stored light in a significantly shorter amount of time than previously believed.
They observed that light captured inside an energy trap was re-emitted after a strange delay, a phenomenon they think might be of quantum origin, New Scientist writes.
But in the presence of an anesthetic, this delay was significantly reduced. In other words, the theory goes, the process of consciousness may be causing the delay.

Tuszynski’s peers are naturally skeptical of the experiment’s findings because it is still much too early to determine if it will genuinely shed any light on what makes humans conscious.

Quantum physicist Vlatko Vedral of the University of Oxford said, “It is interesting. But it’s a long shot to connect with consciousness.

There is also a potential that the strange delay is caused by classical physics, not quantum physics.
Nevertheless, Tuszynski is fascinated by the findings.

We haven’t reached the point where we can say, “Yeah, this is where awareness begins,” but it might get there, he told New Scientist.
If nothing else, his peers appear to be fascinated.

Even if it were true, Vedral told the magazine, “cell division is somehow supported by some quantum processes, this would be a major deal for biology.”