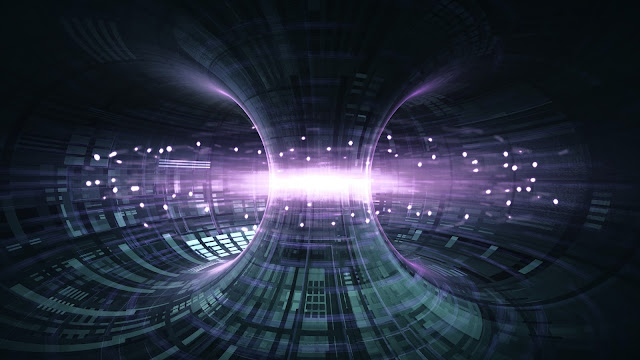 The improvement of tokamak designs, which are doughnut-shaped fusion facilities, may result from upgrading a mathematical model to take resistivity into account, according to researchers at the Princeton Plasma Physics Laboratory (PPPL) of the U.S. Department of Energy (DOE).

One of the team members, PPPL physicist Nathaniel Ferraro, defined resistivity as the property of any material that prevents the flow of electricity. “It resembles how a fluid’s viscosity prevents objects from moving through it. A stone will move more slowly through molasses than through water, and through water than through air, for instance.”

Researchers have identified a novel mechanism by which resistivity might contribute to instability at the plasma edge, where pressures and temperatures rapidly increase. Scientists can create systems for upcoming fusion facilities that make the plasma more stable by factoring resistivity into models that forecast the behavior of plasma, a soup of electrons and atomic nuclei that forms up 99 percent of the observable cosmos.

The lead author of a paper describing the findings in Nuclear Fusion, Andreas Kleiner, a PPPL physicist, said, “We want to use this knowledge to figure out how to develop a model that allows us to plug in certain plasma characteristics and predict whether the plasma will be stable before we actually do an experiment.” Fundamentally, according to this study, we discovered that resistivity mattered and that our models should take it into account.

Plasma, a heated, charged state of matter made up of free electrons and atomic nuclei, is created when fusion, the force that powers the sun and stars, combines light elements to produce enormous amounts of energy. Fusion energy is being harnessed by scientists to create an almost limitless supply of electricity on Earth.

Because instabilities can result in plasma eruptions known as edge-localized modes (ELMs), which damage internal tokamak components over time and necessitate more frequent replacement of those components, scientists want the plasma to be stable. However, future fusion reactors will need to operate for extended periods of time without halting for maintenance.

Without having to construct full-scale prototypes, which would be prohibitively expensive and time-consuming, Ferraro said, “we need to have confidence that the plasma in these future facilities will be stable.” “It’s really crucial to get it right in the event of edge-localized modes and some other phenomena, failing to stabilize the plasma could lead to damage or lower component lifetimes in these facilities.”

The behavior of plasma in typical tokamaks is predicted by physicists using a computer model called EPED, although the predictions made by the code for a variation of plasma machines called spherical tokamaks are not always precise. Spherical tokamaks, small facilities like the National Spherical Tokamak Experiment-Upgrade (NSTX-U) at PPPL that resemble cored apples, are being researched by physicists as a potential design for a fusion pilot plant.

Kleiner and the team experimented with adding resistivity to a plasma model using the powerful computers in the National Energy Research Scientific Computing Center, a DOE Office of Science user facility at Lawrence Berkeley National Laboratory in Berkeley, California, and discovered that the predictions began to match observations.

Rajesh Maingi, the head of the PPPL’s Tokamak Experimental Sciences Department, said that Andreas had looked at the data from a number of earlier plasma discharges and discovered that resistive effects were crucial. “The experiments revealed that the ELMs we were witnessing were most likely being brought on by these effects. We might be able to modify the plasma profiles at upcoming facilities using the new model to get rid of the ELMs.”

These computer simulations are a common practice that enables scientists to forecast how plasma will behave in upcoming fusion engines and build those machines to make fusion more likely. According to Ferraro, a model is essentially a set of mathematical equations that characterize plasma behavior.

“And all models contain suppositions. The plasma is referred to as a fluid in certain models, including the one employed in this study. In general, it is impossible to construct a model that encompasses all of physics. To solve it would be too difficult. You need a model that can be calculated easily but is also comprehensive enough to account for the phenomenon you are interested in. One of the physical impacts that we should include in our models, according to Andreas, is resistivity.”

This study expands on earlier calculations made by Kleiner and others. It expands on those discoveries by examining more discharges made by NSTX, the machine that came before NSTX-U, and by looking into scenarios where ELMs do not take place. Researchers also discovered that plasma current, not pressure, is what drives resistivity-related instability.

Future studies will examine the reasons behind why resistivity causes these specific tokamak instabilities. “The characteristic that gives rise to the resistive modes near the plasma edge is still unknown. It could be due to the spherical torus geometry, the lithium coating found within some facilities, or the elongated shape of the plasma “explained Kleiner. “However, this has to be verified with additional simulations.”