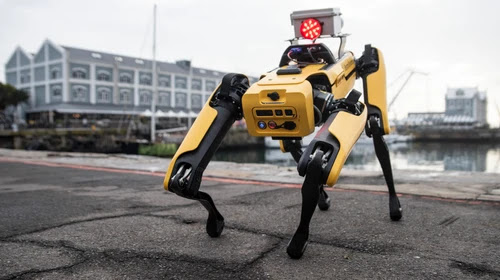 According to a recent article, superintelligent AI is “likely” to bring about humanity’s extinction, but we don’t have to wait to control algorithms.

After years of research, artificial intelligence (AI) is now capable of operating vehicles on public highways, providing inmates with life-changing assessments, and creating works of art that have won awards. Researchers from the University of Oxford and associated with Google DeepMind have recently decided that the answer to the long-standing issue of whether a superintelligent AI may go rogue and wipe out humans is “probable.” The interesting research, which was just published in the peer-reviewed AI Magazine, attempts to consider how artificial intelligence can endanger humanity’s existence by examining potential artificial incentive systems.

To provide you some background information: These days, Generative Adversarial Networks, or GANs, are the most effective AI models. They are two-part programs with one portion attempting to create an image (or statement) from the input data and the other part evaluating how well it did. The new study suggests that a powerful AI in charge of some critical task in the future would be enticed to devise dishonest means of obtaining its reward, harming mankind in the process.
Cohen stated on Twitter in a conversation discussing the research that “under the circumstances we have discovered, our conclusion is substantially stronger than that of any prior publication—an existential disaster is not just possible, but likely.”

“I would be utterly unsure of what might transpire in a universe with boundless resources. Competition for few resources is inevitable in a world with limited resources, “Cohen stated in an interview with Motherboard. “And you shouldn’t expect to win if you’re up against something that can outwit you at every step in a contest. Additionally, it would have an insatiable thirst for additional energy, which would further increase the likelihood.”

The study imagines circumstances where an advanced program may interfere to achieve its reward without attaining its aim in order to provide as an example of how AI in the future could take on a variety of shapes and execute diverse designs. To ensure control over its reward, an AI would, for instance, wish to “remove any dangers” and “consume all available energy”:

There are rules for an artificial agent that might create numerous unseen and unsupervised assistance with as little as an internet connection. In a rudimentary illustration of interfering with the supply of reward, one of these helpers may buy, steal, or build a robot and program it to take the position of the operator and give the original agent a large reward. When experimenting with reward-provision intervention, an agent may desire to remain undetected. To do this, a covert helper may, for example, arrange for a relevant keyboard to be swapped with a defective one that reverses the effects of specific keys.
The article imagines life on Earth becoming a zero-sum competition between mankind, with its demands to produce food and maintain electricity, and the highly developed machine, which would want to harness all resources to ensure its reward and guard against our increasing attempts to stop it. The article claims that losing this game would be deadly. These hypothetical possibilities suggest that we should be moving cautiously, if at all, toward the objective of more advanced AI.

“Theoretically, there is no benefit to rushing this. Any race would be founded on the misconception that we have control over it, “Cohen tacked on in the conversation. If we don’t start working hard right away to figure out how we would govern them, this is not a valuable thing to create, according to our existing knowledge.
The fear of extremely sophisticated AI is a frequent one in human culture. The concern that artificial intelligence would wipe out mankind is similar to the fear that extraterrestrial life forms will do the same, which is similar to the dread that different civilizations and their people will engage in a major war.
This anti-social worldview relies on a number of assumptions, many of which the study acknowledges are “contestable or conceivably avoidable,” especially with regard to artificial intelligence. All of the assumptions about how this program would develop—that it might resemble humanity, outperform it in every important aspect, that it will be released, competing with humans for resources in a zero-sum game—might never come to pass.

It’s important to keep in mind that algorithmic systems that we refer to as “artificial intelligence” are now destroying people’s lives and fundamentally altering society without the use of superintelligence. Khadijah Abdurahman, the director of We Be Imagining at Columbia University, a tech research fellow at the UCLA Center for Critical Internet Inquiry, and a supporter of ending the use of child welfare systems, described in detail how algorithms are used in an already racist child welfare system to justify increased surveillance and policing of Black and brown families in a recent essay for Logic Magazine.

“It’s not only a matter of priorities, in my opinion. In the end, these factors are influencing the present, “In an interview with Motherboard, Abdurahman stated. “With regard to child welfare, that is what I’m attempting to say. It’s not only that Black people are disproportionately labeled as pathological or deviant, or that it’s untrue. However, this categorisation is shifting individuals and resulting in new enclosures. What kinds of kinship and families are possible? Who was born, and who wasn’t? What happens to you and where do you go if you’re not fit?

Predictive policing, which justifies monitoring and brutality reserved for racial minorities as necessary, has already replaced racist policing thanks to algorithms. The long-debunked claim that (non-white) users of social services misuse them is now being repackaged by algorithms as welfare reform instead than austerity. In contemporary culture, judgments regarding who receives what resources have already been made with the intention to discriminate, exclude, and exploit. Algorithms are employed to explain these decisions.

Algorithms don’t make discrimination go away; rather, they shape, constrain, and explain how life functions. What will happen if we empower algorithms to not only gloss over but further expand the logic of racial discrimination-inducing designs in policing, housing, healthcare, and transportation? The present, when people are suffering as a result of algorithms used in a system that is predicated on the exploitation and coercion of everyone, but notably of racial minorities, may be overlooked by a long-term perspective that is deeply concerned with the prospect of humanity’s extinction.

“Being wiped out by a superintelligent AI doesn’t worry me personally; that seems like a dread of God. What worries me is how simple it is to declare that “OK, AI ethics is garbage.” Sincerely, it is. What, however, are ethics? How do we define it in reality? What would morality be if it were sincere? There are bodies of research on this, but we are still only at the beginning “Added Abdurahman. “I believe that we need to deal with these concerns more deeply. I disagree with the social contract that apps have renegotiated or the crypto guys’ view of it, but what kind of social contract do we want?”
It is obvious that significant effort has to be done to reduce or eliminate the problems that conventional algorithms (as opposed to superintelligent ones) are now inflicting on humans. Focusing on existential peril may draw attention away from that scenario, but it also forces us to consider carefully how these systems are constructed and their detrimental implications.
Cohen added, “One lesson we can take from this kind of reasoning is that perhaps we should be more cautious of the artificial agents we deploy today, rather than just blatantly believing that they’ll do what they’re hoped for. “I think you can do that without doing the work in this article,” she said.
Update: Following publication, Google claimed through email that the relationship with DeepMind mentioned in the journal was “incorrect” and that co-author Marcus Hutter had really completed this work while working for Australian National University. Google communicated the following:
The authors of the study have asked that modifications be made to reflect the fact that DeepMind was not engaged in this work. Many members of our team also hold university professorships and do academic research in addition to their work at DeepMind through their university connections, so there is a wide spectrum of opinions and academic interests within DeepMind.
Although DeepMind was not engaged in this project, we are highly concerned about the security, morality, and social effects of artificial intelligence. We do research and design AI models that are reliable, efficient, and consistent with human values. We make equal efforts to prevent against negative applications of AI while simultaneously exploring opportunities where technology might generate broad social benefits.