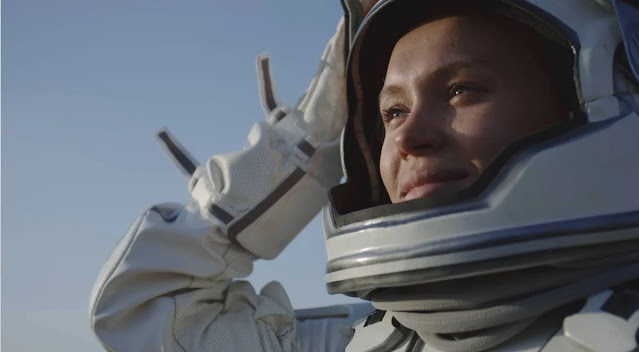 Making adequate oxygen for humans in space is a challenging task that will only get worse as we go toward Mars and beyond.
Using magnets, scientists have now developed a brand-new method of producing oxygen for astronauts, according to a University of Warwick press release.
Utilizing magnets to supply oxygen in space

“An electrolytic cell on the International Space Station breaks water into hydrogen and oxygen to produce oxygen, but you then have to remove those gasses from the system.

Adapting the same architecture for a trip to Mars would result in such significant mass and reliability penalties that it wouldn’t make any sense to use, according to a relatively recent analysis from a researcher at NASA Ames, according to lead author lvaro Romero-Calvo, a recent Ph.D. graduate from the University of Colorado Boulder.
Since centrifuges are huge and need a lot of mass, power, and maintenance, NASA now employs them to provide oxygen in space. Practical tests showing how magnets may achieve the same objectives considerably more practically have been done as part of the new research.

These studies were conducted in a unique drop tower facility that replicates microgravity conditions at the Center for Applied Space Technology and Microgravity (ZARM) in Germany.
According to Professor Hanspeter Schaub of the University of Colorado Boulder, “after years of analytical and computational study, being able to use this fantastic drop tower in Germany offered solid confirmation that this idea will perform in the zero-g space environment.”

Gas bubbles both attracted and repelled.

In microgravity circumstances produced for 9.2 seconds at the Bremen Drop Tower, the researchers developed a method to separate gas bubbles from electrode surfaces.

The work demonstrated for the first time how submerging gas bubbles in various kinds of aqueous solutions may cause them to be “attracted to” and “repelled from” a basic neodymium magnet in microgravity.

Since the first space flights in the 1960s, efficient phase separation in reduced gravitational environments has been recognized as a barrier to human space exploration “the University of Warwick Department of Chemistry Center for Applied Space Technology and Microgravity’s Dr. Katharina Brinkert said (ZARM).
“As oxygen for the crew is created in water electrolyzer systems and needs separation from the electrode and liquid electrolyte, this phenomena poses a specific difficulty for the life support system on board spacecraft and the International Space Station (ISS).
As a result, the novel approach “may have huge ramifications for the ongoing development of phase separation systems, such as for long-term space missions,” according to Brinkert’s conclusion.
The study was initially published in the Nature-affiliated journal npj Microgravity.

The control of multiphase flows in microgravity is significantly made more difficult by the lack of substantial buoyant forces. This effect has a deleterious influence on a variety of space system types, including life support and in-space propulsion. There are several methods for achieving phase separation in microgravity, but they frequently lack the reliability, effectiveness, or stability that are preferred in most applications. Recently, it was suggested to passively produce phase separation in electrolytic cells and other two-phase flow devices as an alternative to current techniques. Using air bubbles in a series of drop tower experiments, this article demonstrates the dia- and paramagnetic phase separation process on MilliQ water, an aqueous MnSO4 solution, lysogeny broth, and olive oil. Numerous wall-bubble and multi-bubble magnetic interactions are documented, as well as the derivation and validation of expressions for the magnetic terminal bubble velocity. In the end, the research proves that the dia- and paramagnetic phase separation strategy is workable, offering a significant breakthrough for the creation of future space systems.