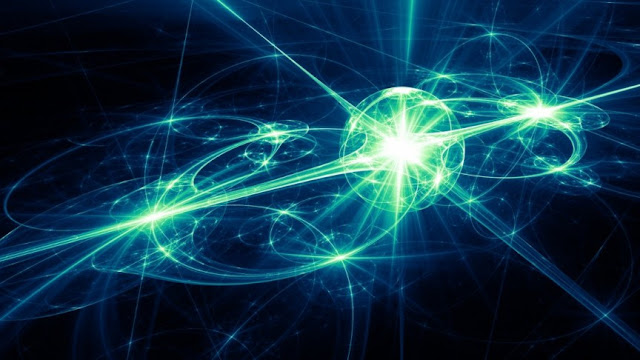 Neutron scattering was employed by researchers at the Department of Energy’s Oak Ridge National Laboratory to examine if the atomic structure of a particular material might support the existence of a brand-new state of matter known as a spiral spin liquid. The scientists discovered the first 2D system to host a spiral spin liquid by monitoring minute magnetic “spins” on the honeycomb lattice of a layered iron trichloride magnet.

The finding offers a platform for further research into physics events that might power future information technology. These include skyrmions, which are unique magnetic spin patterns that can promote high-density data storage, and fractons, which are collective quantized vibrations that might show promise in quantum computing.

According to Shang Gao of ORNL, who conducted the work that was published in Physical Review Letters, “Materials containing spiral spin liquids are particularly fascinating due to their potential to be exploited to create quantum spin liquids, spin textures, and fracton excitations.”

According to a long-held idea, the honeycomb lattice might support a spiral spin liquid, an unique phase of matter in which spins create fluctuating patterns resembling corkscrews.

However, there was no experimental proof of this phase in a 2D system prior to the current work. A layered crystalline material makes up a 2D system, and interactions there are stronger in the planar direction than the stacking direction.

Gao chose the more than ten-year-old iron trichloride as a good testing ground for the idea. He asked ORNL colleague Michael McGuire, who has worked extensively on producing and researching 2D materials, whether he would synthesis and describe a sample of iron trichloride for neutron diffraction studies. They were joined by co-author Andrew Christianson of ORNL. Similar to how 2D graphene layers occur in bulk graphite as pure carbon honeycomb lattices, 2D iron layers also exist in bulk iron trichloride. According to earlier studies, this intriguing honeycomb material could exhibit complicated magnetic behavior at low temperatures, according to McGuire.

According to McGuire, “each iron honeycomb layer contains atoms of chlorine above and below it, forming slabs of chlorine-iron-chlorine.” “Through van der Waals bonding, the chlorine atoms on top of one slab interact with the chlorine atoms on the bottom of the following slab in a very weak way. These materials are easily separated into very thin layers, frequently down to a single slab, due to their poor bonding. This is helpful for creating gadgets and comprehending how quantum physics changed when it transitioned from three dimensions to two.”

Electron spins in quantum materials can exhibit unusual collective behavior. Einstein referred to this entangled condition as “spooky activity at a distance” when one spin moves, the others respond. Because electron spins are always changing, causing other entangled electrons to fluctuate in reaction, the system remains in an unsatisfactory condition.

60 years ago, ORNL carried out the first ferric chloride crystal neutron diffraction research. Today, cutting-edge studies of magnetic quantum materials are made possible by ORNL’s extensive expertise in materials synthesis, imaging, neutron scattering, theory, simulation, and computation. These studies serve as the foundation for the advancement of next-generation technologies for information security and storage.

The neutron scattering results from our observations at SNS and HFIR gave strong support for a spiral spin liquid phase, according to Gao.

According to co-author Matthew Stone, “the neutron scattering tests examined how the neutrons exchange energy and momentum with the material, allowing the magnetic characteristics to be deduced.” He provided this description of a spiral spin liquid’s magnetic structure: “It resembles a topographic map of a range of mountains with a lot of outward-pointing rings. All spins on a ring would point in the same direction if you were to walk around it. However, if you move outside and through several rings, you’ll see that those spins start to revolve about their axes. The spiral is that.”

According to co-author Andrew Christianson, “our investigation demonstrates that the notion of a spiral spin liquid is realistic for the broad class of honeycomb lattice materials. It offers the scientific community a fresh way to investigate spin textures and novel excitations like fractons, which may later be applied in applications like quantum computing.