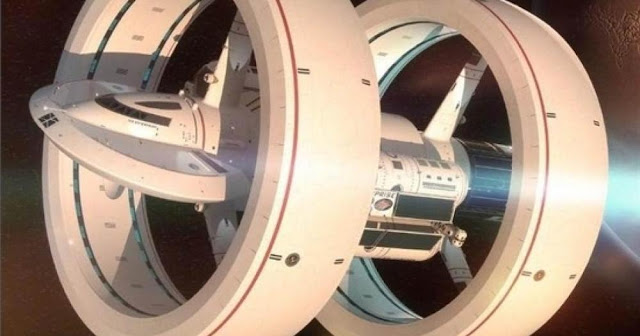 Two very promising concepts are being funded by the NASA Institute for Advanced Concepts (NIAC). In terms of ISP and power levels, the new ion drives might have been five times better. The development of multi-megawatt ion engines and antimatter propulsion is ongoing. 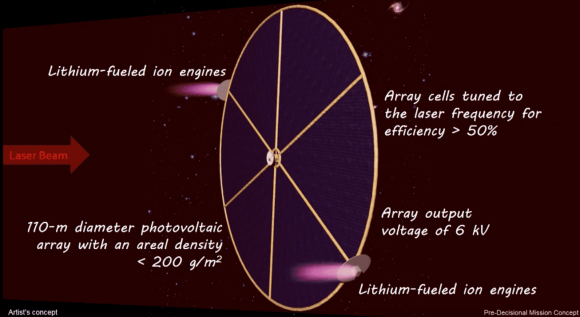 Which of our spaceships is the fastest?
Voyager 1 is traveling at a speed of 38,000 mph (61,000 km/h). Both a gravitational slingshot and a chemical rocket were mostly used to accomplish this. Using gravitational boosts, the Juno, Helios I, and Helios II spacecraft attained speeds in the 150,000 mph range. The Sun’s gravity will let the freshly launched Parker Solar Probe travel at 430,000 miles per hour.

A spacecraft’s speed can rise several times due to gravitational acceleration. However, increasing speed by utilizing the gravity of Jupiter and the Sun wastes a lot of time. Before beginning the actual voyage, the spacecraft spends several months orbiting the Sun and gaining speed.

Refueling a powerful rocket, such as the SpaceX BFR, can result in remarkably fast journeys to Mars. The SpaceX BFR can be refueled several times in orbit while in a high orbit, which will increase its speed. The one-way journey to Mars may be completed in as little as 40 days with a fully fuelled SpaceX BFR. The Hohmann transfer would be replaced by a parabolic orbit.

Small spacecraft have been used for Mars missions. From Earth, the entire mission was launched. This indicates that the majority of the fuel was needed to lift the system off the planet. The last phase is brief and sluggish. A big chemically powered space mission with up to 10.0 kilometer per second Delta-V is feasible by refueling the SpaceX BFR in orbit. This mission is three times quicker and approximately a million times bigger than earlier Earth to Mars expeditions. 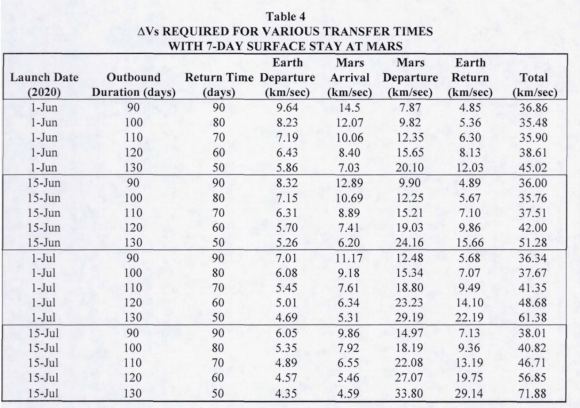 Within the next four months, JPL (Jet Propulsion Lab) will test a lithium ion thruster with a 50000 ISP. This is a component of the NASA NIAC phase 2 effort to beam 10 megawatts of electricity to new ion motors using lasers. Many individuals are unaware of the latest advancements made with stronger lasers. Within the next two years, the US military will build laser arrays that can output 100 kilowatts of power. By roughly 2025, the military should have megawatt laser arrays. Ten times quicker than any prior ion drive, laser beam-powered lithium-ion drives. With this technology, Pluto may be reached in less than a year.
JPL is developing and testing the system’s numerous parts. The ion motors and the sail are combining. The phased array lasers are the challenging part. The testing voltage is being increased to 6000 volts so that the lithium-ion drives may be driven directly. Direct drive does away with the requirement for a lot of bulky electronics that would sabotage performance.
The power density will be 100 times greater than solar energy produced by the sun. By switching to a laser with a 300 nanometer wavelength instead of a 1063 nanometer one, they can make their system smaller. Technical difficulties exist with the multi-megawatt lithium-ion drive. However, a project with adequate funding may be successful before 2040. 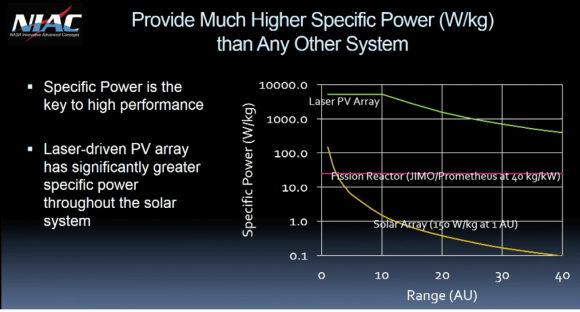 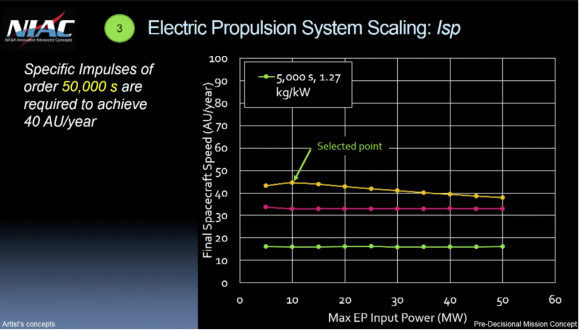 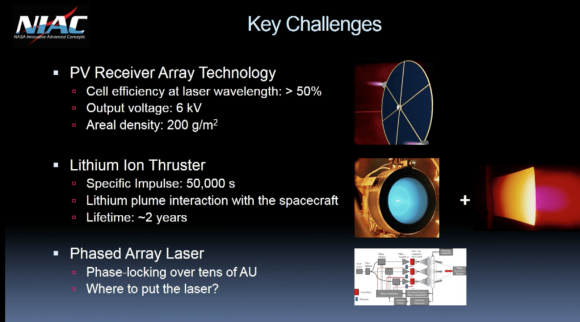 Positron Dynamics provided updates to NIAC, and Brian Wang spoke with Ryan Weed, CEO of Positron Dynamics. Antimatter production and storage issues are circumvented. Hot positrons are produced using krypton isotopes. Neutron-producing reactors can produce more isotopes. By doing this, the issue of making antimatter is avoided.
Since we do not know how to store antimatter, it is a good thing that it cannot be kept. The creation of particles and their subsequent direction into the fusion propulsion process. This also resolves the issue of propulsion generated by antimatter.

The positrons produced are slowed down by positron dynamics. They have a little moderator apparatus. In order to extract specific positrons, it makes use of numerous layers of silicon carbide sheet. The particles are propelled by an electric field to the top of each layer, where they may cool. A dense block of deuterium undergoes fusion reactions thanks to the positrons. Propulsion results from this. 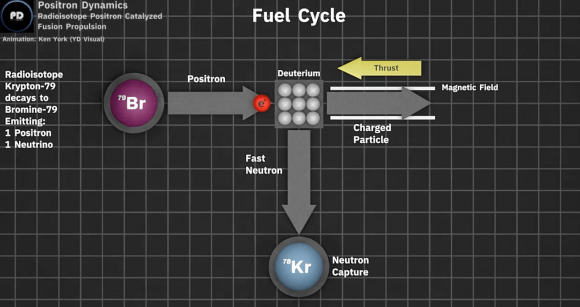 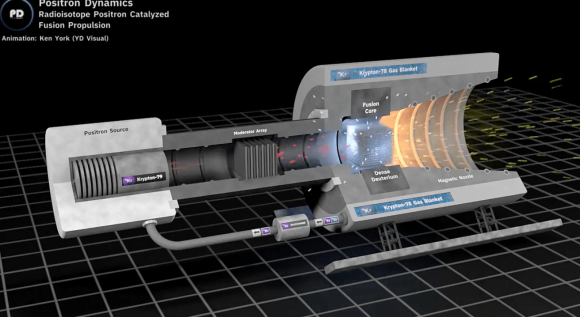 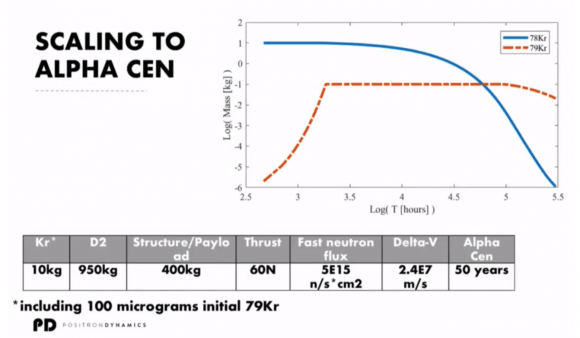