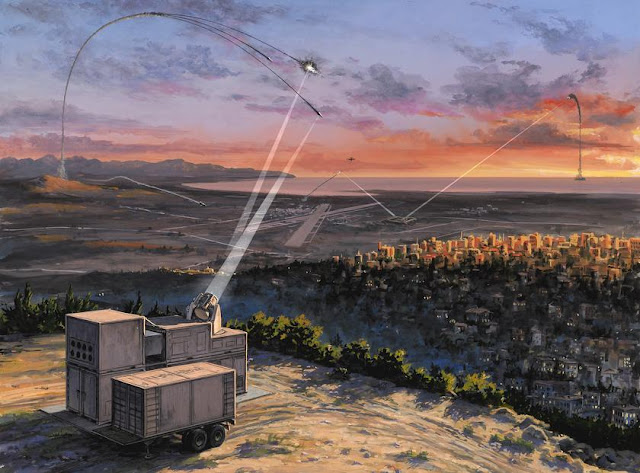 In Washington In order to integrate and oversee the weapon systems within the Ground-based Midcourse Defense system intended to protect the American homeland from intercontinental ballistic missiles from North Korea and Iran, the Missile Defense Agency gave Northrop Grumman a contract that could be worth more than $3 billion.
According to a statement released by Northrop on August 1, the business will offer design, development, verification, deployment, and sustainment support for new capabilities for the GMD Weapon System Program.

According to Scott Lehr, vice president of launch and missile defense systems at Northrop, the endeavor will entail expanding and modernizing the GMD’s capacity to combat emerging threats.
In the announcement, he stated that “GWS is a component of Northrop Grumman’s land- and sea-based missile defense systems that are enabled by our sophisticated missile warning and tracking space satellites.” The United States and its allies will be protected by the end-to-end capabilities that we are deploying together.

Through “established digital transformation procedures,” Northrop will update and modernize existing code, enhance capabilities, and include the Next-Generation Interceptor when it becomes operational. The effort will take current ground system components of the GMD system.

To replace the GMD’s Ground-Based Interceptors with NGIs, a Northrop and Raytheon Technologies team is competing against a Lockheed Martin and Aerojet Rocketdyne team.

At Fort Greely in Alaska and Vandenberg Space Force Base in California, there are 44 GBIs housed in underground silos. The system also consists of support infrastructure such as ground control stations, detection, and fire control systems.
Huntsville, Alabama will serve as the primary location for the GWS program team.

The Northrop contract, which was a part of an MDA attempt to introduce competition into the necessary modernization and maintenance of the system, is a step toward reorganizing how the GMD system is operated.

The development and maintenance contract for the GMD system has been held by Boeing and is due to expire in 2023.

Vice Adm. Jon Hill, director of MDA, said in 2020 when he announced the plan to hold a competition that would divide up the project, “I will tell you that our lead system integrator does a great job today and the partnerships with industry within that construct do a great job, but we think that it’s so large and complex we should be doing everybody a favor by being able to split that up without losing the integration among all those pieces so our intent is to move in that direction.”

That year, a Request for Information was published that outlined a strategy for breaking the contract up into distinct parts. The NGI would be supplied by a single contractor and is the subject of a different request for bids. Another would be in charge of maintaining the current GBIs, while a third would be in charge of heritage and upcoming ground systems.

According to the RFI, a firm would oversee depot and part management, site operations, test support, fleet maintenance scheduling and deconfliction, and weapon system operating alongside military operators.
The RFI also specifies that a contractor would act as the weapon systems integrator, which would make it accountable for all aspects of GMD integration, including “physical and logical integration of the GMD components, GMD system and MDA enterprise level integration, planning and execution of all necessary testing to verify and validate overall requirements compliance.”