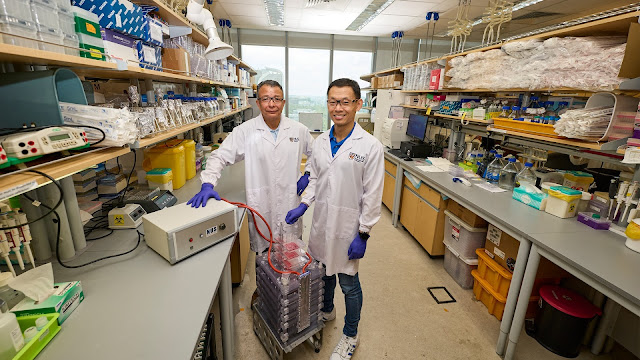 The new process for producing cell-based beef is cleaner, safer, and more economical.

By zapping animal cells with a magnet, researchers from the National University of Singapore (NUS) have discovered a revolutionary method of producing cell-based meat. By using less animal components, this innovative method streamlines the creation of cell-based meat and makes it safer, cleaner, and more affordable.
The benefits of cultured meat over traditional animal agriculture include a less carbon footprint and a lower chance of animal disease transmission. To encourage the growth of the meat, however, the current method of making cultured meat uses other animal products, which substantially negates the aim.
Animal cells are fed animal serum – often foetal bovine serum (FBS), a combination obtained from the blood of foetuses removed from pregnant cows slaughtered in the dairy or meat industries – to aid in their growth and proliferation in order to produce cell-based meat. This is a crucial phase in the current cell-based meat production process, but it is also painful and expensive. Ironically, a lot of these chemicals originate from the animal’s muscles, but researchers were unsure of how to encourage their release in large-scale bioreactors. Utilizing medications or genetic engineering are further strategies for accelerating cell proliferation.
Cell-based meat’s complicated manufacturing method drives up costs, restricts manufacturing scale, and jeopardizes its potential to be sold commercially.
In order to overcome this difficulty, a multidisciplinary research team under the direction of Associate Professor Alfredo Franco-Obregón, from the NUS Institute for Health Innovation & Technology and the NUS Yong Loo Lin School of Medicine, developed a novel approach to stimulate the growth of cell-based meat by means of magnetic pulses. 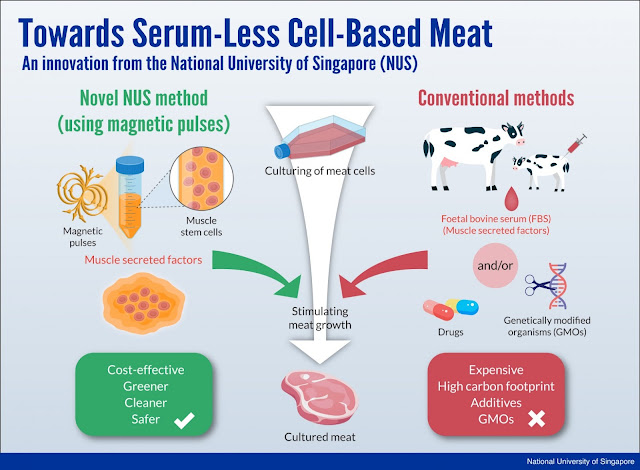 Magnet-assisted cell-based meat production
Myogenic stem cells, which are present in bone marrow and skeletal muscle tissue, are cultured using the NUS method, which was established by the researchers.
Assoc Prof Franco-Obregón said, “The cells release a variety of chemicals that have regenerative, metabolic, anti-inflammatory, and immunity-boosting capabilities in response to a brief 10-minute exposure to the magnetic fields. These compounds are part of the muscle “secretome” (for secreted factors), which is essential for cell proliferation, survival, and tissue development. We are quite hopeful that magnetically induced secretome release will eventually take the role of FBS in the cultured meat industry.
“The growth-inducing secretomes may be extracted in the lab conveniently, safely, and affordably,” he continued. In this manner, the myogenic stem cells will serve as an environmentally friendly and sustainable bioreactor to create the nutrient-rich secretomes needed to mass-produce cell-based meat for human consumption. When the muscle is not attached to its owner, it only requires a small amount of stimulus to produce the nutrients it needs to grow and expand. Our magnetic fields are able to provide this. 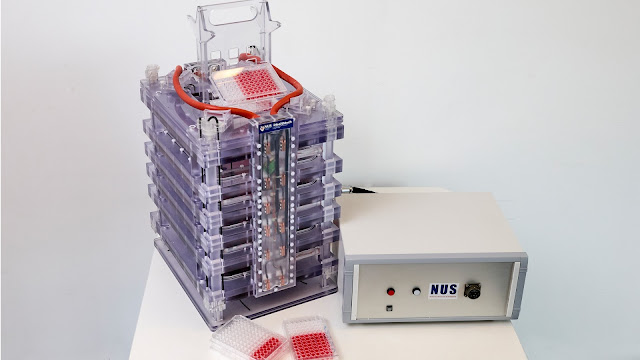 Regenerative medicine applications
Additionally, regenerative medicine can benefit from the collected secretomes. The NUS team treated sick cells with the released proteins and discovered that they helped to hasten their healing and proliferation. Therefore, this technique may aid in the healing of damaged cells and hasten the rehabilitation of a patient.
The scholarly journal Biomaterials published the study team’s findings in its August 2022 issue. The NUS team is currently in active conversations with possible industrial partners to commercialize this new technology, which has also been the subject of a patent application.