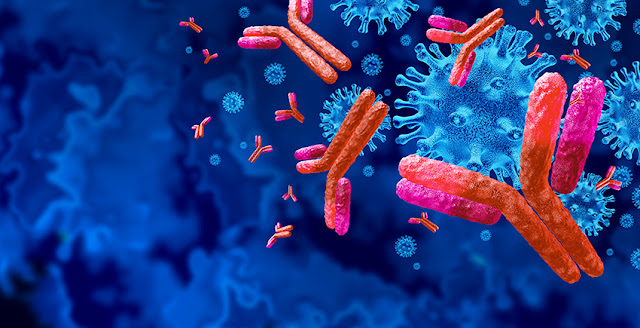 In lab studies, a new antibody completely neutralizes all known SARS-CoV-2 subtypes.
Newer SARS-CoV-2 variants have been developing strategies to dodge the antibodies our bodies produce in response to vaccination or earlier infections as the COVID-19 pandemic progresses. There have been breakthrough cases, and over time, antibody therapies that had been successful have also lost their effectiveness.
Researchers have been looking for a broadly neutralizing antibody that would be able to combat any potential virus variants.
Now, it appears that an antibody created by scientists at Boston Children’s Hospital and Harvard Medical School will do the trick.

All known SARS-CoV-2 variations of concern, including all omicron forms, were neutralized in lab experiments.
Frederick Alt, the HMS Charles A. Janeway Professor of Pediatrics at Boston Children’s, professor of genetics at HMS, and a senior investigator on the trial, expressed his optimism that the antibody will be as successful in treating patients as it has been thus far in preclinical tests.
If so, “it may give a novel therapy and potentially contribute to new vaccination techniques,” he continued.
On August 11, findings were released in Science Immunology.
Developing and evaluating various antibodies

The researchers, led by Alt and Sai Luo, an HMS instructor in pediatrics at Boston Children’s, initially altered a mouse model produced by the Alt group to look for broadly neutralizing antibodies to HIV, another constantly mutating virus. These mice effectively have human immune systems integrated into them.
The improved model imitates and improves the iterative process our own immune systems employ to produce ever more potent antibodies when we come into contact with an intruder.

The mice were originally given two human gene segments by the researchers. This drove the mice’s immune system to rapidly develop a wide range of antibodies that our bodies would manufacture.
The SARS-CoV-2 spike protein, the primary protein targeted by our antibodies and existing vaccines, from the original Wuhan-Hu-1 coronavirus strain was then administered to the mice.
Nine distinct “families” of antibodies that bound to the spike were created by the mice as a result.

Alt and Luo then put these antibodies’ efficacy to the test with help from colleagues at Duke University.
The original Wuhan-Hu-1 virus was effectively neutralized by antibodies from three of the nine families. However, one antibody family, and particularly an antibody known as SP1-77, had far greater action, neutralizing all past and present omicron strains as well as alpha, beta, gamma, and delta.
A novel neutralizing method

Why was SP1-77 so effective in destroying the virus? This antibody functions in a distinctive manner, according to structural biology investigations conducted by teams led by Bing Chen, the Rosalind Franklin, PhD Professor of Pediatrics at Boston Children’s, Jun Zhang, an HMS instructor in pediatrics at Boston Children’s, and Barton Haynes at Duke.
SARS-CoV-2 must first bind to ACE2 receptors on our cells before it can infect us. Numerous antibodies that we produce as a result of vaccinations, as well as antibodies used to treat COVID-19, obstruct this binding. They do this by assembling at certain sites on the receptor-binding domain of the spike.
Though in a distinct manner, the SP1-77 antibody attaches to the receptor-binding domain in a way that does not stop the virus from attaching to ACE2 receptors.
Then how would it safeguard us?
The virus still has to fuse its outer membrane with the membrane of our cells after binding to ACE2, which is the last stage. This makes it easier for an infection to spread. Alex Kreutzberger, an HMS instructor in pediatrics at Boston Children’s, and Tomas Kirchhausen, a professor of cell biology in the Blavatnik Institute at HMS and a professor of pediatrics at Boston Children’s, demonstrated that SP1-77 inhibits this step using a cutting-edge live-cell imaging platform.
Kirchhausen said that SP1-77 neutralizes these variations through a unique method by binding to the spike protein at a location that hasn’t been altered in any versions up to this point. These characteristics might be a factor in its extensive and powerful action.

The antibodies may improve COVID-19 vaccines and therapies if the results are ultimately confirmed in people.
Both the antibodies and the animal model used to create them are the subject of patent applications by the researchers. They want to see their art become commercially successful.
Working with this devoted, cooperative team, whose varied knowledge enabled SP1-77 to be discovered, was a delight, according to Alt. We are eager to find antibodies with therapeutic promise against other recently emerging infections utilizing our models.
The National Institutes of Health (NIAID Consortia for HIV/AIDS Vaccine Development UM1-AI144371, P01 AI158571, Harvard Virology Program training grant T32 AI07245, Massachusetts Consortium on Pathogen Readiness (MassCPR) SARS-CoV-2 Variants Award, Emergent Ventures fast grant, FDA (MCMi grant #OCET 2021-156), Howard Hughes Medical Institute (HHMI), Bill & Melinda Gates Foundation (INV-02

Disclosure: In a patent application that outlines the typical kind of mouse model utilized, Alt and research coauthor Ming Tian of HMS and Boston Children’s are the authors. Authors of patent applications outlining the described antibodies include Luo, Haynes, and Alt.